Three times he said no. For five hours they quizzed him, and three times they directly put to Olympic gold medallist Mo Farah that he had been injected with L-carnitine before the 2014 London Marathon.

Repeatedly the US Anti-Doping officials said to the British distance-running champion that he had taken L-carnitine and that his coach Alberto Salazar had recommended the injections. 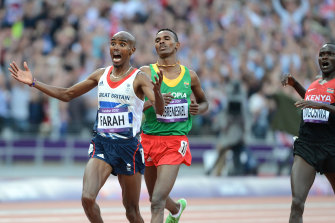 "If someone said that you were taking L-carnitine injections, are they not telling the truth?" they asked.

Farah was definitive. "Definitely not telling the truth, 100 per cent. I've never taken L-carnitine injections at all."

"Are you sure that Alberto Salazar hasn't recommended that you take L-carnitine injections?"

And finally once more: "You're absolutely sure that you didn't have a doctor put a butterfly needle … into your arm … and inject L-carnitine a few days before the London Marathon?"

The interview ends and Farah leaves the room. The investigators are packing up when Farah comes rushing back in again. He had spoken with UK Athletics' head of distance running Barry Fudge outside the room and he wanted to quickly clarify something with the investigators.

"So I just wanted to come clear, sorry guys, and I did take it at the time and I thought I didn't …" Farah said.

"So you received L-carnitine … before the London Marathon?" they ask.

Surprised by the change in story, the USADA investigator says: "… you're telling us all about that now but you didn't remember any of that when I … kept asking you about this?"

"It all comes back for me, but at the time I didn't remember." Farah explained.

This extraordinary exchange emerged this week in a BBC Panorama program that investigated the banned coach Alberto Salazar and his biggest athlete, Farah, who won the 5000-metre and 10,000m golds at both the London and Rio Olympics. The program unearthed the transcripts of the interviews and aired them.

Farah has always denied doping, and still does, but these latest revelations continue to raise suspicion.

L-carnitine is not a banned drug when taking in limited quantities of less than 50ml every six hours.

Farah's belated admission to investigators was that he took the drug before the 2014 London Marathon in small legal doses of only 13.5ml. But there were no records.

"When athletes are drug-tested they are required to list all medications and supplements they have taken within the past seven days. Farah was tested six days after the injection – 17 April 2014. Despite listing a number of other products and medicines, he failed to record L-carnitine on his doping control form,” the BBC program reported. 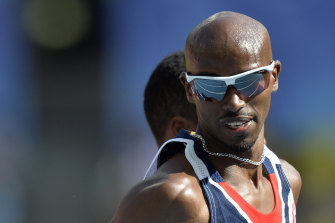 Mo Farah has been in the spotlight, along with banned coach Alberto Salazar. Credit:AP

Panorama revealed that at the time of these injections the heads of UK Athletics were involved in the discussions over him having the injections of L-carnitine and despite misgivings over the spirit of the law and the doctor's concern over the possible side effects on the athlete, especially being so close to racing, both Salazar and Farah were intent on proceeding.

The officials agreed he should take the supplements but then confronted a problem of sourcing the concentrated dose of L-carnitine they needed. Salazar stepped in and helped source it in Switzerland where Fudge was dispatched to collect it and bring it back to England. Fudge never admitted this when asked about it later on.

The idea of knowingly breaching the spirit but not the letter of the law was defiantly taken up by Farah’s lawyer to Panorama.

"It is not against [WADA rules] rules to take [L-carnitine] as a supplement within the right quantities. The fact some people might hold views as to whether this is within the 'spirit' of the sport is irrelevant.

"Mr Farah … is one of the most tested athletes in the UK, if not the world, and has been required to fill in numerous doping forms. He is a human being and not robot.

"Interviews are not memory tests. Mr Farah understood the question one way and as soon as he left the room he asked Mr Fudge and immediately returned … to clarify and it is plain the investigators were comfortable with this explanation."

Farah quit the track to concentrate on running marathons. Even injections could not help him replicate the success he had on the track in marathons.

Last year he decided to return to the track and chase a third successive Olympic 10,000m gold at the Tokyo Olympics.

Yet a cloud of suspicion remains over Farah and Salazar from the needle and the damage done.