Dallas Mavericks general manager Donnie Nelson, instrumental in the clubs acquisitions of Dirk Nowitzki and Luka Doncic, is leaving the organisation after 24 seasons.

The Mavericks said Wednesday the club and Nelson agreed to part ways, with owner Mark Cuban saying the son of former coach Don Nelson was instrumental to our success and helped bring a championship to Dallas.

Nelson joined Dallas in 1998 when his dad was named coach. A few months later, the Mavericks moved down in the draft to get Nowitzki in a trade with Milwaukee. The 7-foot German led Dallas to the franchise’s only championship in 2011.

With the Nowitzki era drawing to a close, the Mavericks made another draft-day deal for a young European in Doncic in 2018. Dallas moved up two spots to the No. 3 pick, while Atlanta got Trae Young.

Nowitzki and the teenager from Slovenia played together one season before Nowitzki retired. Doncic has twice been an All-Star and first-team All-NBA selection since then. 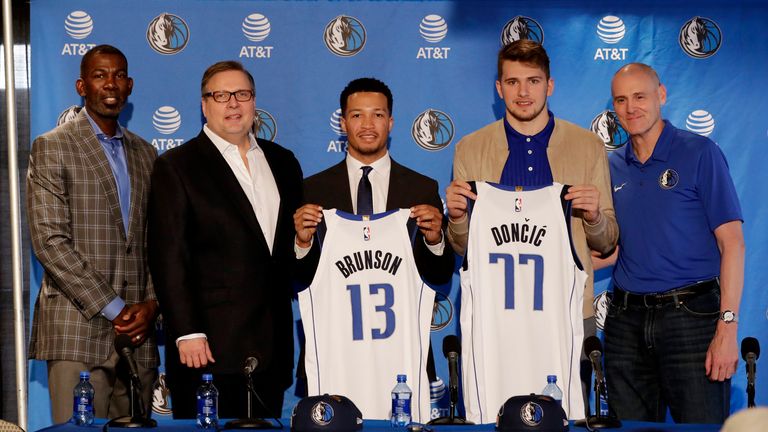 While the European stars were critical to a title and what appears to be a bright future for Dallas, the franchise hasn’t won a playoff series since capturing the title. And there have been plenty of questionable decisions in the draft.

“Donnie has been instrumental to our success and helped bring a championship to Dallas,” Cuban said in a statement issued by the team. “His hard work, creativity and vision made him a pioneer.”

Nelson’s departure comes after years of Cuban, Nelson and coach Rick Carlisle saying they worked collaboratively on personnel decisions with the Mavericks. All three didn’t immediately respond to requests for comment.

The biggest question is what the move with Nelson will mean for Doncic with the 22-year-old eligible to sign a extension expected to be worth slightly more than $200 million.

After losing to the Los Angeles Clippers in the first round of the playoffs for the second consecutive year, Doncic strongly suggested he would sign a contract that could keep him in Dallas through the 2026-27 season.

Nelson, who also held the title of president of basketball operations, had strong ties to Europe before joining the Mavs. Those paid off almost immediately with Nowitzki, who was a teenager when Nelson started following him in Germany.

Dallas had the sixth pick in 1998 and drafted Robert Traylor for Milwaukee, which had the ninth choice and took the 19-year-old Nowitzki for the Mavericks.

After a rough rookie year and missing the playoffs again his second season, Nowitzki led Dallas to the postseason 12 straight years. The Mavericks lost to Dwyane Wade and Miami in the 2006 NBA Finals before beating LeBron James, Wade and the Heat five years later.

Two decades after targeting Nowitzki, Nelson had Doncic at the top of the Dallas draft board when the rebuilding Mavericks ended up lower than hoped in the lottery with the fifth pick.

Figuring that wasn’t high enough, the club worked the trade with the Hawks, who wanted Young after his sensational freshman season at Oklahoma. Doncic had just helped Real Madrid win the European championship.

Nelson wanted to draft two-time MVP Giannis Antetokounmpo of Greece in 2013 but was overruled by Cuban. Dallas ended up with Shane Larkin, who was traded a year later and spent just four years in the league with four different teams.

There have been plenty of busts in the draft under Nelson, most recently in 2017 when Dallas took Dennis Smith Jr. with emerging Utah star Donovan Mitchell still available.

Smith was the key piece in the blockbuster trade with the New York Knicks that brought another high-profile European to Dallas in Kristaps Porzingis. The 7-3 Latvian’s future with the Mavericks also could be in question with Nelson gone.