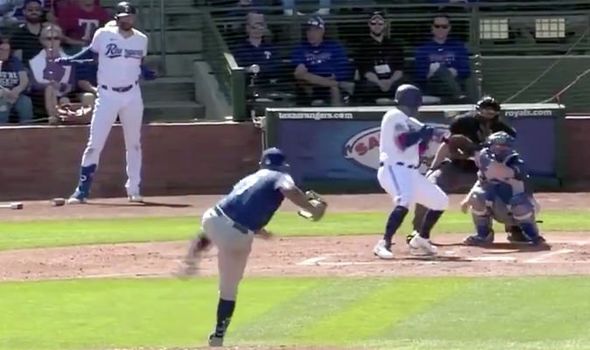 MLB star Willie Calhoun was hospitalised after taking a 95mph fastball pitch to the face on Sunday night. The Texas Rangers outfielder was struck during the bottom of the first inning in Spring Training.

Calhoun stepped up to the plate against the LA Dodgers with the Rangers two runs down.

With the Dodgers leading 2-0, the left-handed batter had another strike to give at the time, and was the final batter for the Rangers in the inning.

But as he faced a fastball from Julio Urias, the ball streaked straight at his face.

The Californian batter was wearing side chin protection, but didn’t have the flap going down across his chin. 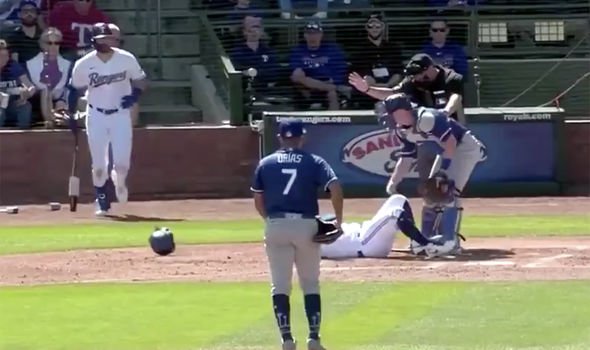 As a result, the ball slammed straight into his exposed chin, sending him crashing to the ground.

He immediately tried to get up, but was in visible agony.

His team-mates and Urias rushed straight over to him, while medical staff were quick to respond and get over to help.

After being treated on base, an ambulance arrived to take him to hospital.

“He’s one of my best friends, so to see that happen and him go down like that — it was really, really tough to see that.

“I just tried to be there for him and make sure he knew we were all around him and trying to help him and just praying that he’s okay. 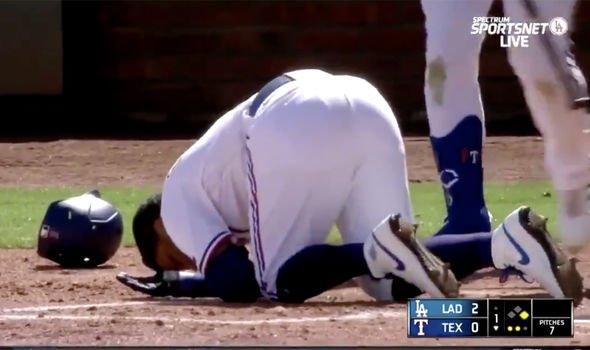 “The first thing I thought when he was hit was ‘man, I wish he was wearing his flap.’

“He didn’t really say anything. He didn’t answer.

“He was definitely moaning and his mouth was really hurting.

“I think he was hearing [us] but he really couldn’t get anything out.”