Anthony Joshua’s promoter Eddie Hearn says that a plan to make a fight with Tyson Fury at the end of the year could be halted by “big problem” Oleksandr Usyk, who is mandatory challenger for AJ’s WBO world title. Usyk is scheduled to face Dereck Chisora on May 23 in his next fight.

The Ukrainian hasn’t been in the ring since a seventh-round stoppage win over Chazz Witherspoon in his heavyweight debut back in October.

Chisora, meanwhile, is coming off a fourth-round TKO victory over David Price, which also took place in October.

The Londoner is now set to take on Usyk in May, though he’ll be the heavy betting underdog heading into that fight.

JUST IN: Tyson Fury explains why Anthony Joshua is not a real champion 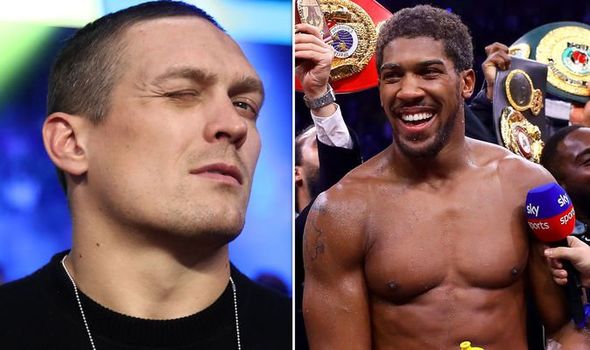 Joshua, meanwhile, is facing Kubrat Pulev, his IBF mandatory challenger, on June 20 and could be in line to face Usyk afterwards.

Hearn, though, is desperate for Joshua to face Fury in a huge all-British undisputed heavyweight world title fight, following the Gypsy King’s emphatic win over Deontay Wilder in February.

But the British promoter knows Usyk possibly stands in the way of that fight happening in December.

“The big problem there is that Usyk must fight the winner of Pulev against Anthony Joshua,” Hearn told Sky Sports.

“The only way he mustn’t is if he waits maybe a month, or maybe there’s an agreement to vacate after.

“I don’t know, but sometimes things like that are solvable. 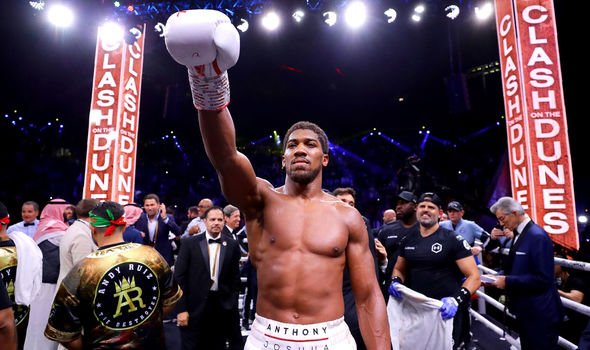 “He might not be mandatory challenger on May 24, if Derek Chisora has got anything to say about it.

“That is a monstrous fight at The O2 Arena. We’ll announce next week in full.”

In the meantime, Joshua has been speaking about his preparation for Usyk, who will be one of the toughest tests of his career when they eventually face off.

“I’ve actually been preparing for a southpaw, because some time down the line, I know I’ll fight Usyk anyway, so the smart thing to do would be to start preparing, start sharpening my tools,” Joshua told Sky Sports.

“I know I’m fighting, like two to three times a year, so it gives me enough time to actually practice and start working on certain aspects.”