Conor Benn has given his thoughts on Chris Eubank Jr’s recent KFC stunt. The former British middleweight champion was videoed walking around the O2 Arena’s grounds eating a bucket of chicken despite having to make a career lowest weight of 11st 2lb (157lb) on October 8.

The agreed limit will be completely foreign to both men with Benn having never fought above welterweight (10st 7lb) and Eubank Jr competing no lower than middleweight (11st 6lb) during the course of his career.

There is also the issue of a rehydration clause that Eubank Jr must abide by with a limit yet to be disclosed for a secret second weigh-in on the morning of the fight (Saturday). But this didn’t seem to deter Next Gen, who happily chowed down on his fast-food treat.

For Benn, this was simply another factor to be used as an excuse if the result doesn’t go his way. “It’s all for show, isn’t it? It’s good promotion, fair play to him. I hope he got paid from it because he needs to start counting his pennies,” Benn told iFL TV. 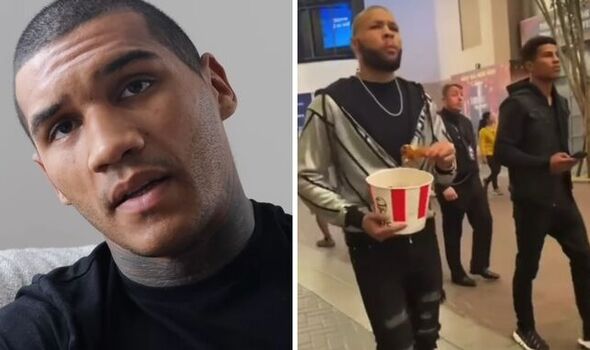 “I don’t really look into stuff like that if you’re asking me. Maybe the public thinks he’s taking it easy, maybe the public don’t – they think he’s training hard. But again, it makes no difference to me because I’ll still prepare the same.

Usyk offers to join forces with Joshua for Fury showdown 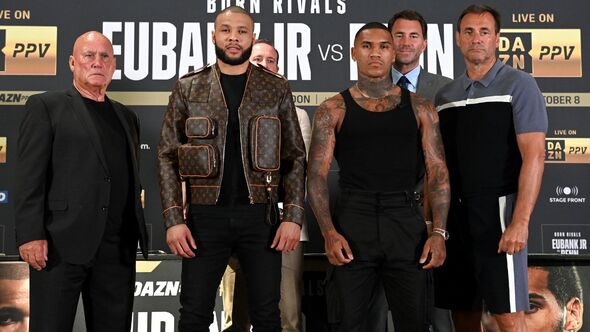 Eubank Jr has previously stated that he can beat Benn at ‘60 per cent’ and that losing to The Destroyer would ruin his chances of becoming a world champion at middleweight. The 32-year-old has repeatedly called for a fight with IBF and WBA (super) champion Gennady Golovkin. In 2016, they looked likely to fight but Eddie Hearn instead offered the bout to IBF welterweight champion Kell Brook.

Now, the son of a legend will be hoping to sign that fight in the not-so-distant future and can’t afford to slip up here next month.