Deontay Wilder has been offered training help by boxing legend George Foreman, who believes he can get the Bronze Bomber back to the heavyweight summit. Wilder lost his WBC world title to Tyson Fury last weekend.

Fury knocked Wilder down twice and battered the American en route to a seventh-round TKO victory.

Wilder’s team threw the towel in and the move was heavily criticised by the former WBC champion.

But pundits and fans alike have criticised the work of Wilder’s head trainer Jay Deas, who failed to give his fighter adequate instructions in the corner when he was in desperate trouble. 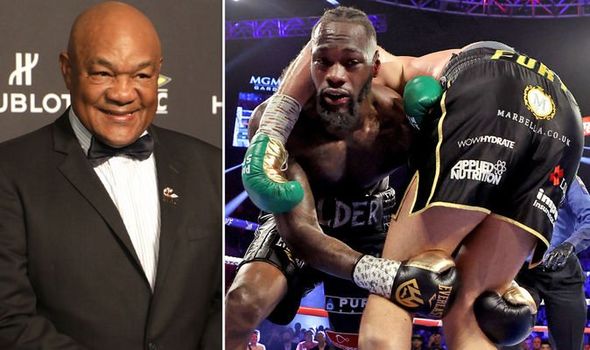 And one of the first to come out and offer his support to Wilder, is legendary boxer Foreman.

Foreman is famous for his classic heavyweight battles with Muhammad Ali and Joe Frazier and believes he can offer a helping hand.

He told the Athletic: “I’ve really enjoyed Tyson Fury’s appearance on the scene, but then you look over at the guy who lost and you start wondering, “Why did it happen?” I’ve been there. You just can’t admit, “I lost.”

“I thought, “I really would like to reach out (to Wilder).” Let him spend a few weeks with me and he’ll pick up some old tricks.

“He’s got his trainers and the people who help him in boxing. I believe he has an excellent trainer who took him all the way to the title.”

Foreman then explained that Wilder wasn’t in need of any new boxing skills – he instead needs to get back to old school training methods.

Foreman made a comeback to boxing aged 38 after 10 years out of the ring before regaining the world titles with a KO win over Michael Moorer six years later. 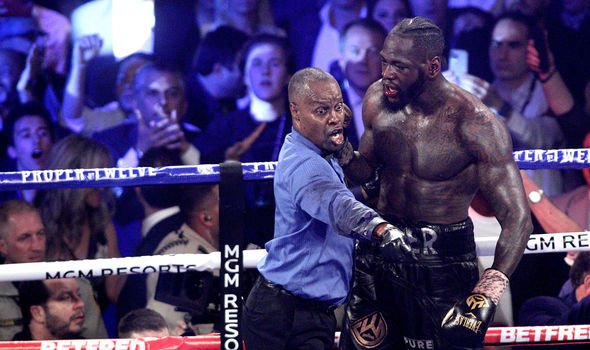 “He doesn’t need a lot of boxing stuff, but he needs to go back and get to the earth. That’s what enabled me to come back later on in life,” he said.

“What I mean by that, if you can visualise a horse plowing — one of those big strapping horses pulling logs through the forest. That’s getting back to the earth. And boxing was built around that.

“In the first place, it was man against man. Hard-working men working the earth. Who was the strongest? Who was the best? Later on, that strength came to be provided by weightlifting, personal trainers.

“That turns into something that will fail you if you go up against a man who has the earth thing with him. So I can take (Wilder) back with me to where I was, take him back to the boxer he ought to be.

“I know I can take him there. In those weeks, I can show him how to do it, and then it belongs to him. He will be able to keep himself up from that point and no one will ever again be able to take his legs.”

Foreman noted that boxers don’t go through the same hard graft that fighters used to in the 20th century.

“Nobody has a hard job anymore. It’s almost like (boxers) are luxury guys, with air conditioning in the gym, special bicycles and trainers,” he added.

“Get a wheelbarrow, for instance, fill it up with rocks and dirt and tell yourself, “OK, I’m going to push this thing for a couple of hours.’ Then you rest and do some shadow boxing. So you’re keeping what you have.”