Boxing promoter Eddie Hearn labelled Deontay Wilder’s performance as “terrible” after his defeat to Tyson Fury. The Bronze Bomber was comprehensively beaten by Fury who backed up his pre-fight rhetoric by going on the front foot.

The Gypsy King dropped Wilder twice and inflicted the first defeat of the American’s professional career.

Hearn praised Fury’s performance but was very critical of Wilder, who struggled to find his feet during the fight.

“Wilder was terrible,” he told BoxingScene. “Fury was really good, and it was a great game plan.

“But let’s have it right, and I don’t even like saying it because people are like, ‘You’re not giving Fury the credit,’ but Wilder was terrible from the first round.”

The 34-year-old has since activated his rematch clause to set up a trilogy fight with Fury. 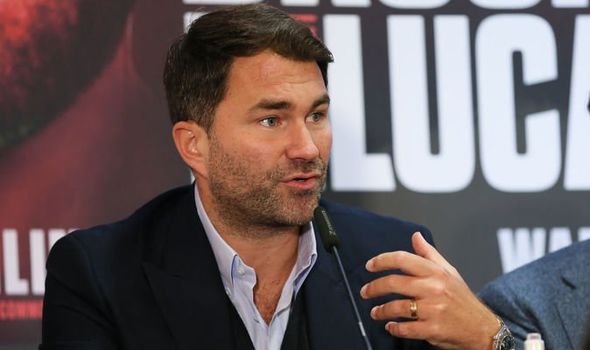 Fury’s promoter Frank Warren revealed that the third fight will take place no later than July and it will be in the United States.

Fans are eager to see the Gypsy King take on Anthony Joshua in an all British clash to become the undisputed heavyweight champion.

If that fight is to take place, Joshua will must overcome Kubrat Pulev first.

Joshua is set to take on the Bulgarian on 20th June at the Tottenham Hotspur stadium.

This fight will be the Brit’s first on home soil since he beat Alexander Povetkin in 2018.

Although Wilder lost to Fury, Hearn claims a fight between Joshua and the American would still be an attractive prospect.

“But now, I just think [Joshua] would absolutely butcher him.

“But again, still a very exciting fight. I just think that whole thing Deontay had, as well as the punch, was that you have to be careful. 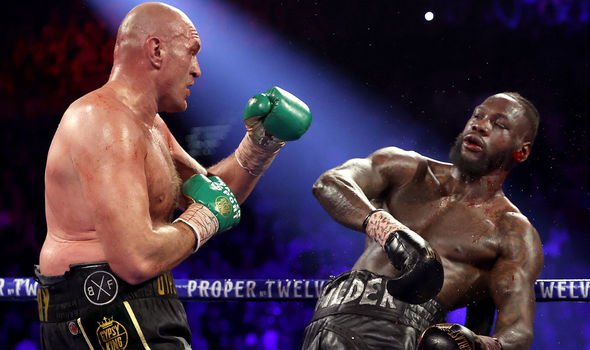 “And Fury just went in and said, ‘I’m not gonna bother being careful and slap you around.’”

Pulev will be the first challenger to the 30-year-old’s belts since he reclaimed them from Andy Ruiz Jr in December last year.

Joshua’s long term rival Dillian Whyte confirmed he will return to the ring when he takes on Povetkin on 2nd May.

Whyte is the mandatory challenger for Fury’s WBC title but will have to wait until after the conclusion of the trilogy with Wilder for a shot at the belt.