Hassan N’Dam sensationally told the referee that he was ‘ready to die’ after the latter intervened in his fight against Janibek Alimkhanuly.

The Cameroonian boxer was stopped in the eighth round by his Kazakhstani opponent in their fight on the undercard of Terence Crawford’s eventual win against Shawn Porter.

Alimkhanuly knocked N’Dam down on the canvas late in the third round and continued to dominate throughout a fight which was scheduled for 10 stanzas. 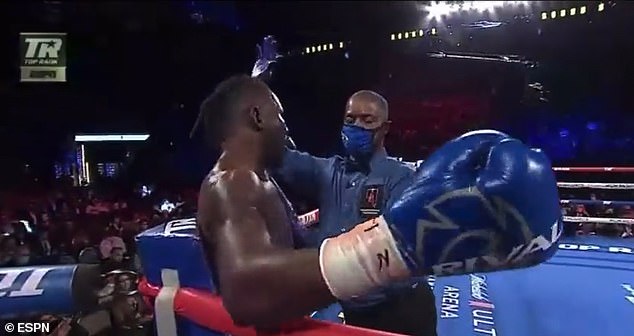 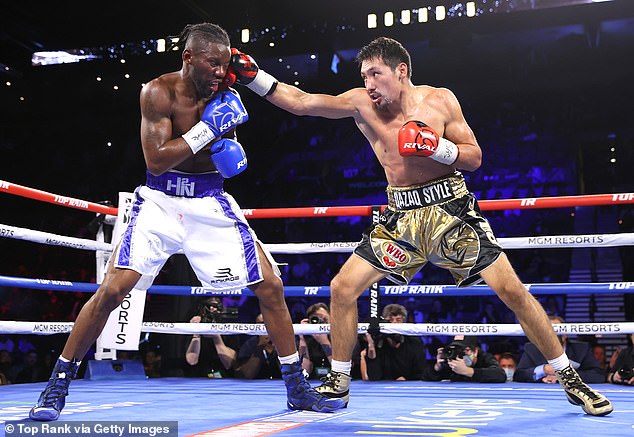 But referee Kenny Bayliss stopped the action at two minutes forty seconds of the eighth round at Mandalay Bay Resort in Las Vegas after a left uppercut from Alimkhanuly followed by a subsequent series of devastating blows.

But the 37-year-old initially refused to accept his fate, screaming at the intervening referee: ‘No, no, no. I’m ready to die.’

N’Dam was stopped inside the distance for the third time during his 17-year professional career and appeared visibly disillusioned with the stoppage as he slipped to his sixth defeat to go with his 38 wins.

Meanwhile, Alimkhanuly – who managed his seventh knockout – extended his unblemished record to eleven and at 160lbs is now aiming to launch a shot at the world title. 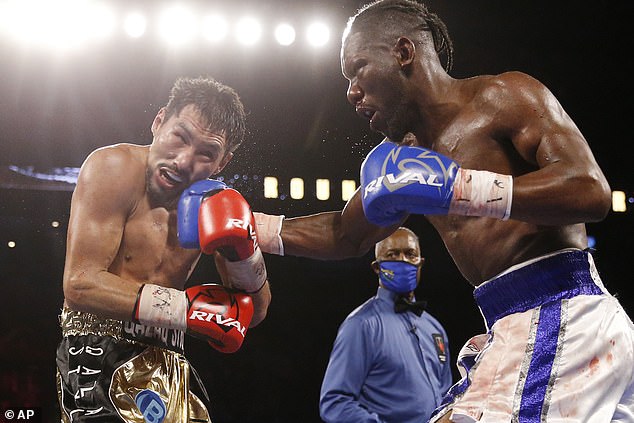 However, the main event of the night saw Crawford send Porter into a shock retirement with a savage 10th round stoppage against the WBO welterweight title challenger.

He therefore extended his streak of stoppages to nine in front of a sold-out 11,568 crowd at Mandalay Bay.

Crawford knocked Porter off his feet early in the 10th with a left uppercut before adding an exclamation point with a devastating right hook to the temple, followed by a left hook to the face.

Then the towel came flying in, ruefully chucked by Porter’s trainer and father, forcing referee Celestino Ruiz to stop the fight.

The result has now cleared Crawford’s path to set up a showdown with Errol Spence. 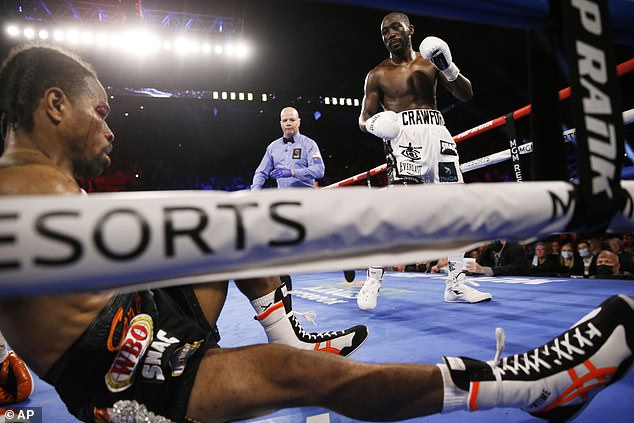 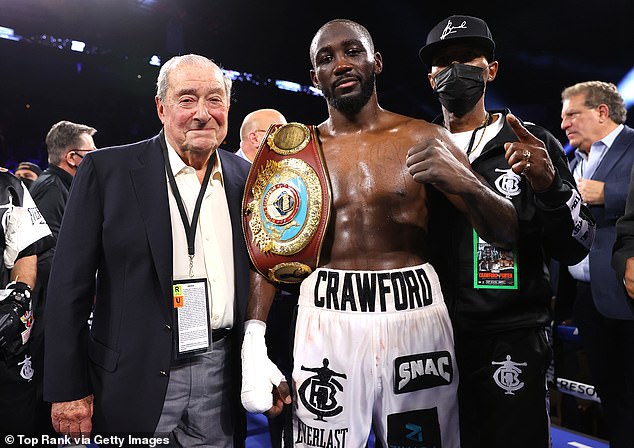