Henry Cejudo has branded UFC flyweight champion Alexander Volkanovski an ‘overgrown midget’ and wants to come out of retirement to fight him.

The former bantamweight and flyweight champion, who stands two inches shorter than the Australian at 5ft 4in, is chasing his shot at history as no fighter has ever claimed the belt in three divisions.

Cejudo retired last year, believing there was nobody left to conquer but is now chasing a lucrative comeback against Volkanovski, who defeated Brian Ortega at UFC 266 at the weekend. 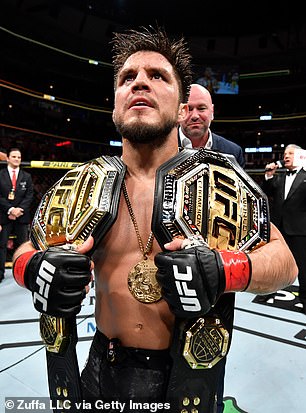 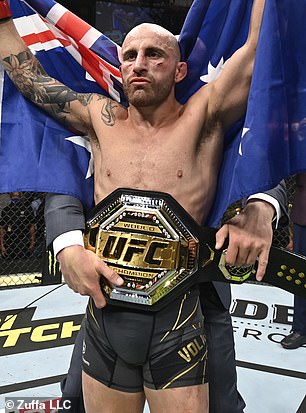 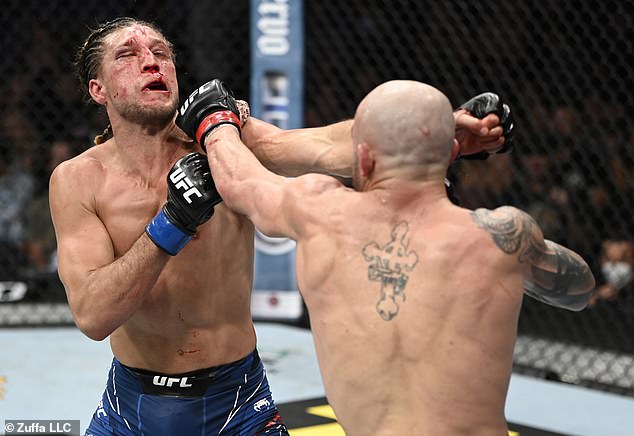 Cejudo told TMZ: ‘Alexander the Average, this overgrown midget. This is the thing, it’s not even a challenge against this ugly face.

And the 34-year-old believes he has the tools to not only beat Volkanovski, who is on a 20-fight winning streak, but put him away.

He added: ‘Not only do I believe that I can beat him, I know I can stop him.

‘As much as I saw good things from Volkanovski, there are still a lot of holes. I believe my height would be problem for him, because he is a couple inches taller than me.

‘My speed, my wrestling, my experience, I’ve been in there against the best. Okay, Alexander the Average had a great performance, it was a great fight, I just believe that I have the ‘It’ factor to beat this dude. Not only to beat this dude, but to stop him.’

But Cejudo clearly feels UFC president Dana White is the main obstacle, and there could be a reluctance to simply allow him to swan back into the sport for a title shot straight away.

Cejudo pleaded: ‘Allow me to make history. If he’s that good, allow him to shut me up. Dana White, if you’re listening, this is a real message.

‘Forget the cringe, forget the persona, this is straight up me: I am the greatest combat athlete of all time and I promise you, if you give me the opportunity, I will knock this dude out in no less than three rounds.

‘I want a shot at legacy. I want a shot to be the first UFC triple champ, to win three belts on top of my Olympic gold medal. That’s it.’ 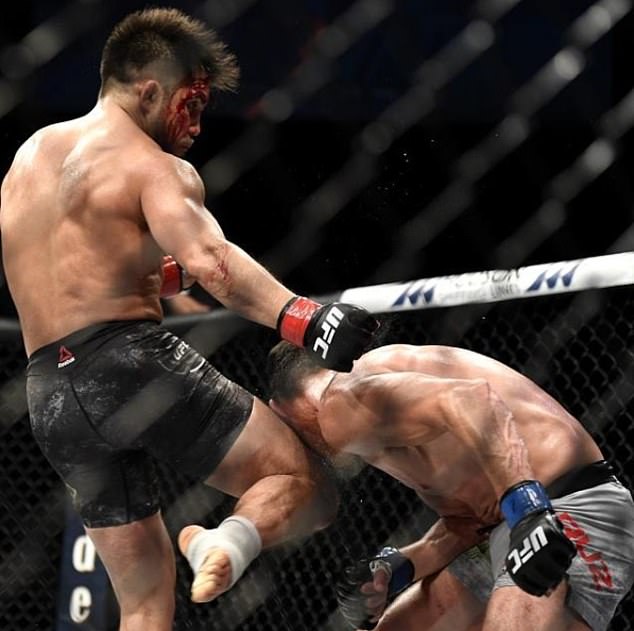