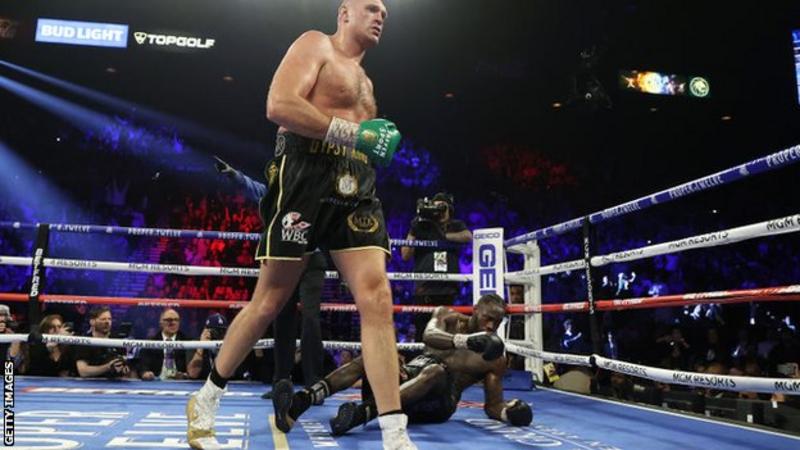 Former WBC heavyweight champion Deontay Wilder says he will “rise like a phoenix from the ashes and regain the title” after his defeat by Tyson Fury.

The American was stopped by Britain’s Fury in Las Vegas on Saturday.

“Your king is here and I’m not going anywhere, for the war has just begun,” he said in a social media video.

“I’m a king that will never give up and will fight to the death. I am a warrior, I am strong and I will be back.”

He added: “All my love to all my people, I will see you in a few months.”

Wilder was floored twice before his corner threw the towel in during the seventh round at the MGM Grand Arena, ending his five-year reign as WBC champion, but the American said he is in “great spirits”.

Last week, in his first statement since the defeat, Wilder blamed his elaborate ring-walk costume for his performance, saying it was too heavy and he “didn’t have the legs for the fight” as a result.

Wilder also told US media he will exercise his rematch clause for a third fight against Fury.

The 34-year-old has 30 days after the fight to invoke the clause in his contract and attempt to reclaim the title from Fury, having drawn their first encounter in December 2018.