Deontay Wilder will not take step-aside money so Tyson Fury and Anthony Joshua can fight for the undisputed world heavyweight championship later this year. Wilder is expected to instead active a rematch clause that will see him fight Fury for a third time this summer.

ESPN and FOX, the two TV networks who show Fury and Wilder’s fights, came together to make the sequel to their December 2018 split decision draw.

As part of the deal, the loser of their February 22 match-up would be given 30 days to decide whether they wanted a rematch, with an entitlement to 40 per cent of the final cash pot.

Fury won the second fight decisively, punishing Wilder for seven rounds before the Bronze Bomber’s corner threw the towel in.

But just two days after the fight, Wilder confirmed he would be taking an immediate rematch, which has to happen by July 18. 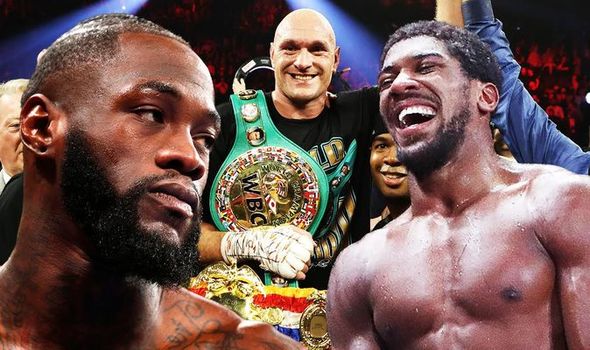 Fury’s promoter’s Bob Arum and Frank Warren, alongside Joshua’s promoter Eddie Hearn, were hopeful their two fighters could meet in the ring later this year in a huge domestic clash for all five belts.

Joshua holds the WBA, WBO and IBF straps while Fury now has the WBC and Ring Magazine titles.

But Wilder has other plans, as it’s expected that by the beginning of next week, he will officially trigger his rematch clause, and will decide against taking a step-aside fee.

Once Wilder signs the contract, he will likely be offered a fee to not fight Fury, should the Gypsy King enforce his will to fight Joshua instead.

But ultimately, the decision lies with Wilder, who has already come up with a slew of excuses for his damaging loss to Fury in Las Vegas.

Wilder says the 45lb costume he wore to the ring to celebrate Black History month was too heavy for him, weakening his legs in the process, before complaining that referee Kenny Bayless favoured Fury in the fight, despite handing the Mancunian a point deduction in the fifth round.

Wilder has also publicly thrashed his second-in-command trainer Mark Breland for throwing the towel in midway through the seventh round.

The Alabama native accused Breland, a former Kronk Gym fighter, of conspiring with SugarHill Steward-trained Anthony Dirrell to end the fight in the seventh round after it was revealed that Dirrell had been shouting from the crowd for the fight to be stopped. 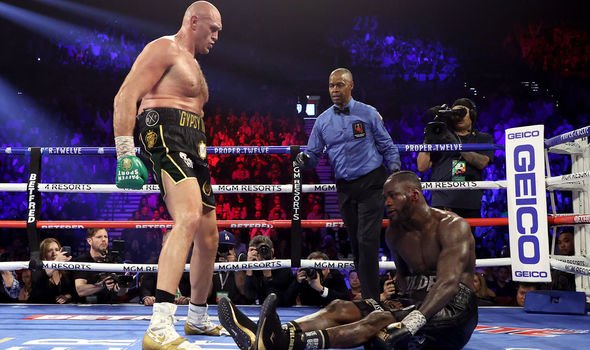 But Fury had knocked Wilder down twice, busted his lip, cut his ear and dominated him for the previous six rounds.

The third fight will likely take place in Las Vegas again, as the contract stipulates that the bout has to take place in the United States.

The plans will put on hold Joshua and co.’s attempt to fight Fury instead of his IBF mandatory Kubrat Pulev in June.

As well as the step-aside cash that could be offered to Wilder, Arum, who promotes Pulev as well, could sweeten the Bulgarian’s pockets with a fee, too.

But with Wilder’s mind set on facing Fury for a third time, Joshua is set to take on Pulev on June 20 at Tottenham Hotspur Stadium in London.

Wilder and Fury would then face off a month later, with the winner able to face AJ later in the year.

Joshua does have WBO mandatory challenger Oleksandr Usyk waiting in the wings too but, as the Ukrainian is promoted by Hearn, the fight could be put on hold.

At the very least, an undisputed clash between whichever two fighters hold the heavyweight belts could take place by early 2021.