Derrick Lewis joked that he is now ‘2-0 against Chris Daukaus’ having beaten the former police officer last weekend before escaping with a warning after a traffic stop.

Lewis was pulled over when driving in Texas and secretly recorded the exchange with a policeman, who did not end up issuing a fine.

Texas law requires both number plates to be displayed while on the road and Lewis was pulled up on just showing one of them. 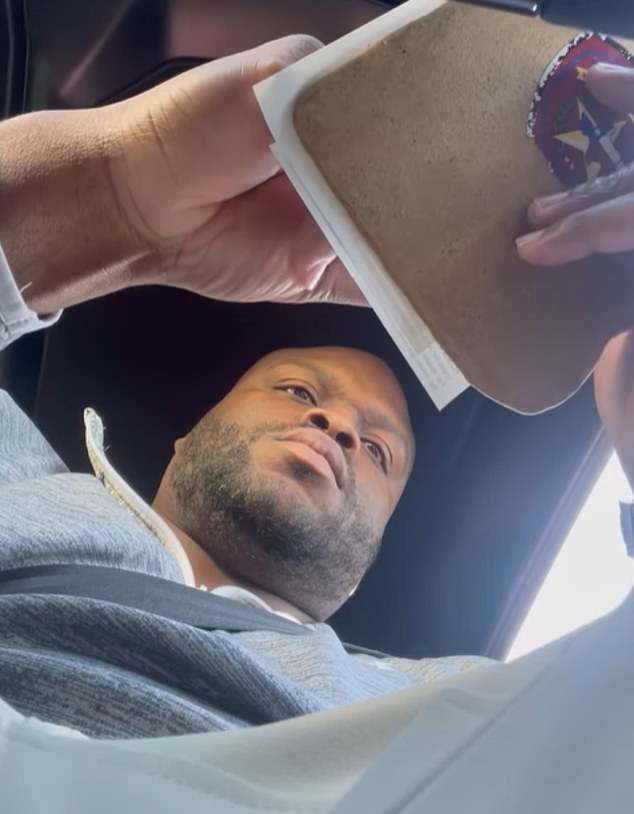 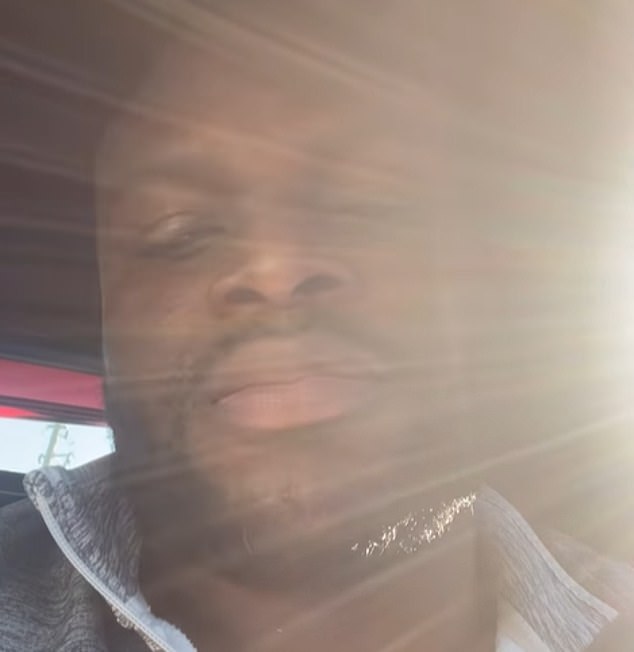 ‘You tried it’, Lewis joked as he referred to former police office Chris Daukaus 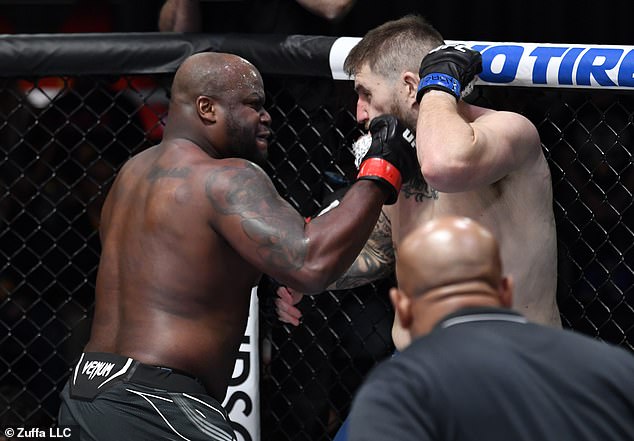 Lewis knocked out Daukaus last weekend, who used to work for the force in Philadelphia

The fan favourite, who now has the record for the most knockouts in UFC history (13), is known for his dry sense of humour and delivered again with the video he shared with 2.1 million followers on Instagram.

The officer said: ‘Ok Sir, this is a warning, please put your signature there by the blue X. You can be stopped just for the no front license plate. I’ve had folks tell me about the expense of the car before, it is up to you how it is mounted or how much you do or do not want to spend on it.

‘Alright, thank you,’ says Lewis, before picking his phone up from the secret spot it was filming from at his feet.

He goes on: ‘Alright Chris Daukaus, I’m still 2-0, they just gave me a warning. You tried it.’

Dana White was among the many to appreciate the hilarious clip, commenting: ‘LMFAO!!!!!’.

After his KO victory over Daukaus, Lewis said: ‘That was for Rodney King. I’m fighting a police officer, man. Come on, man.

‘That’s the only time you get a chance to punch a police officer in the mouth and get away with it, and then he gets up and shakes your hand? Sh**, that was a great feeling, man.’

Rodney King was a victim of police brutality who was beaten by LAPD police officers during an arrest in 1991.

Video footage was captured of the incident, showing the unarmed King being beaten and it caused uproar when shared on the news at the time. The four officers ended up being acquitted in court, sparking the Los Angeles riots of 1992. 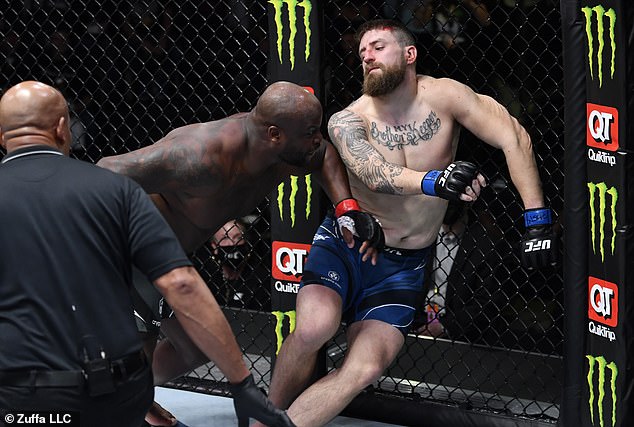