Dillian Whyte will put his WBC mandatory position on the line with a fight against Alexander Povetkin on May 2.

Whyte, who is in pole position to challenge for Tyson Fury’s belt – once he has fought Deontay Wilder – will go toe-to-toe with Povetkin at the Manchester Arena in two months’ time. 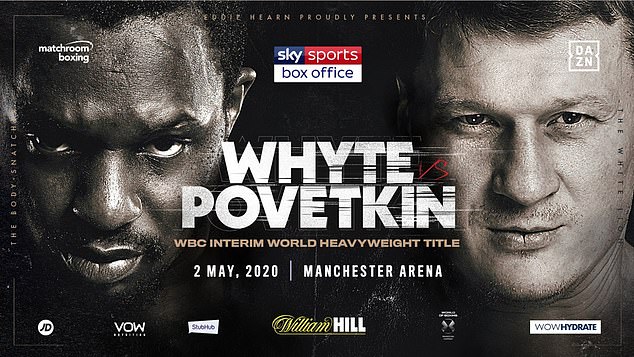 The 31-year-old Brit then defended that title with a win over Maruisz Wach in Saudi Arabia in December.

‘This is a great fight, Povetkin is an Olympic gold medallist, has loads of experience, he’s a former World Champion and he’s only lost to Joshua and Klitschko,’ said Whyte.

‘He is still very dangerous, he gave AJ a lot of problems and then beat Hughie Fury. I am not overlooking him at all, he will come in shape, he’s tough and very well-schooled. 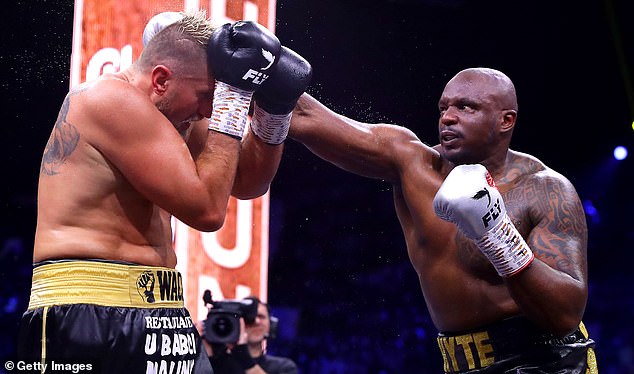 ‘You only have to look at his resume to see that he’s always been considered as one of the most fearsome punchers in the heavyweight division with big KO wins over [Marco] Huck, [Manuel] Charr, [Carlos] Takam, Wach and [David] Price. He showed in Saudi Arabia that he still has a lot left in the tank and he is still very dangerous. I’ve got respect for him but I’m on to maximum violence, straight animal instinct.

‘I want to be heavyweight champion of the world so anywhere in the world is my lion’s den. If you aspire to be world champion, you should be able to fight anywhere. Manchester is a great city with great fight fans and I’m looking forward to going back there.’

‘I am pleased to fight Whyte, it has long been discussed but didn’t happen for whatever reason,’ said Povetkin.

‘Dillian is a good strong boxer and it will make for an interesting fight. I am not about big announcements, I am about winning in the ring, and on May 2nd people will see a spectacular fight.’ 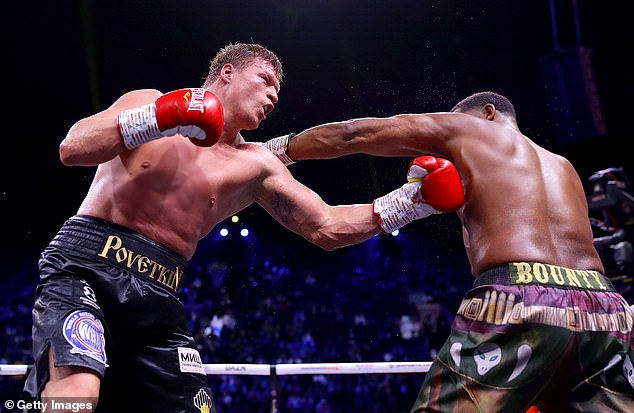