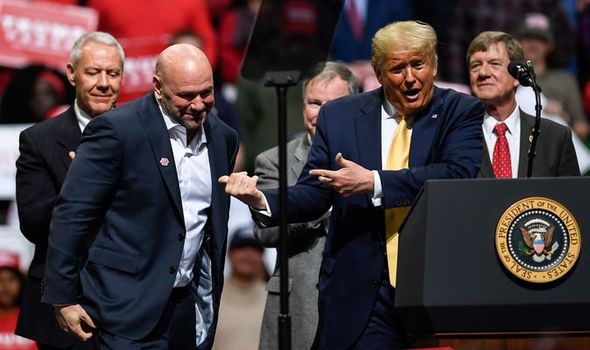 UFC president Dana White has defended his relationship with Donald Trump, passionately hitting back at critics of his friendship with the USA’s Commander in Chief. Over the last few days, White has come in for criticism for speaking at a pro-Trump rally in Colorado last Friday.

White’s appearance at the rally isn’t the first time he’s publicly endorsed the President. In fact, the UFC chief spoke at the Republican National Convention in 2016 to help his old friend get the nomination to run against Democrat leader Hillary Clinton.

A small section of the UFC fanbase has been irked by White’s longstanding relationship with Trump and echoed their stance on it shortly after his endorsement of the controversial President last week.

White isn’t at all bothered by people’s opinions on his friendship with Trump – which began back in the 2000s – so much so he doesn’t care if fans stop watching his product because of their relationship.

“I could give a s**t,” White told TMZ when asked for his thoughts on some fans’ criticism of his relationship with the former Apprentice star. “I don’t give a s**t.

JUST IN: Conor McGregor speaks out on retirement plans amid Gaethje rumours 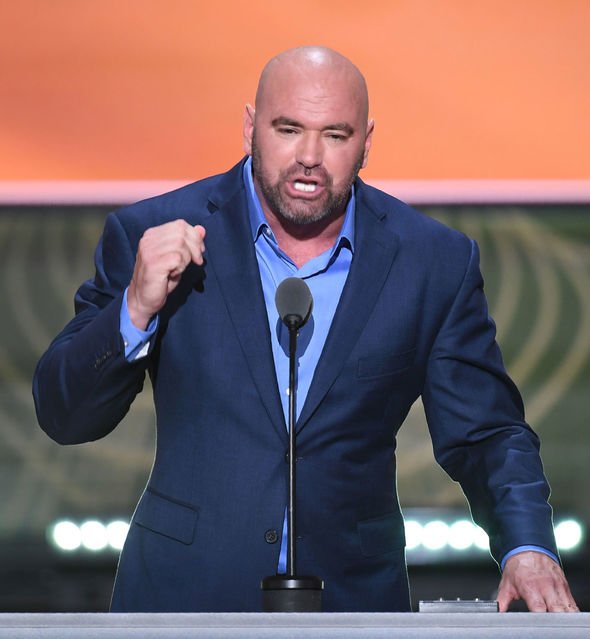 If you don’t like me because I’m friends with this guy, that’s your problem, not mine.

“If you don’t like me because I’m friends with this guy, that’s your problem, not mine.

“Yeah, I wasn’t really campaigning. He called me and asked me if I wanted to go to Colorado.

“He said, ‘Wanna go to Colorado?’ I said, ‘Yeah,’ so we flew to Colorado for the day then back to Vegas. We were just hanging out and talking fights.

“I wasn’t even supposed to speak that day, I was just cruising over there with him.”

Trump’s relationship with White began in the early 2000s when the UFC was in the early days of the Zuffa era.

The divisive billionaire hosted three events at the Trump Taj Mahal, which is now the Hard Rock Hotel and Casino, in Atlantic City from November 2000 until May 2001.

White hasn’t forgotten about Trump’s contribution to the promotion during those testing days, adding: “I can’t say it enough.

“This guy — when I say this guy, I’m talking about President Trump — is such a good friend and such a loyal, amazing guy, man. He’s a great guy. He’s been a friend of mine for a long time.” 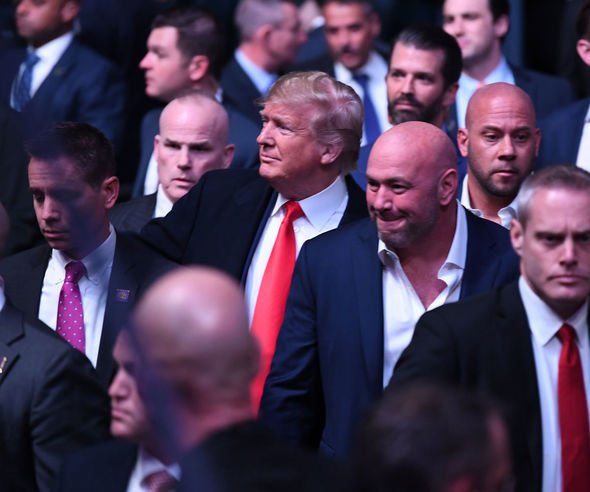 Trump, who recently survived impeachment, was in attendance at UFC 244 in New York last November.

His entrance into Madison Square Garden, which was swarmed with secret service agents, was met with a chorus of boos, though a few cheers could be heard through the wall of noise.

White believes the President’s decision to take in the Masvidal vs Diaz card in person was a seminal moment for the sport of mixed martial arts, saying: “Whoever you are, this is America. You can believe or do whatever you want.

“So I just felt like tonight we were going to walk in and whatever happened, happened.

“The guy told me as a friend he was coming to see the fights, and he did tonight, and I appreciate him, and it was a big night for the sport.”

“Tonight wasn’t about how you feel politically about the president,” White said. “We weren’t legal in New York because of some political bulls**t a few years ago.

“Tonight, the President of the United States was here, watching a UFC event.”