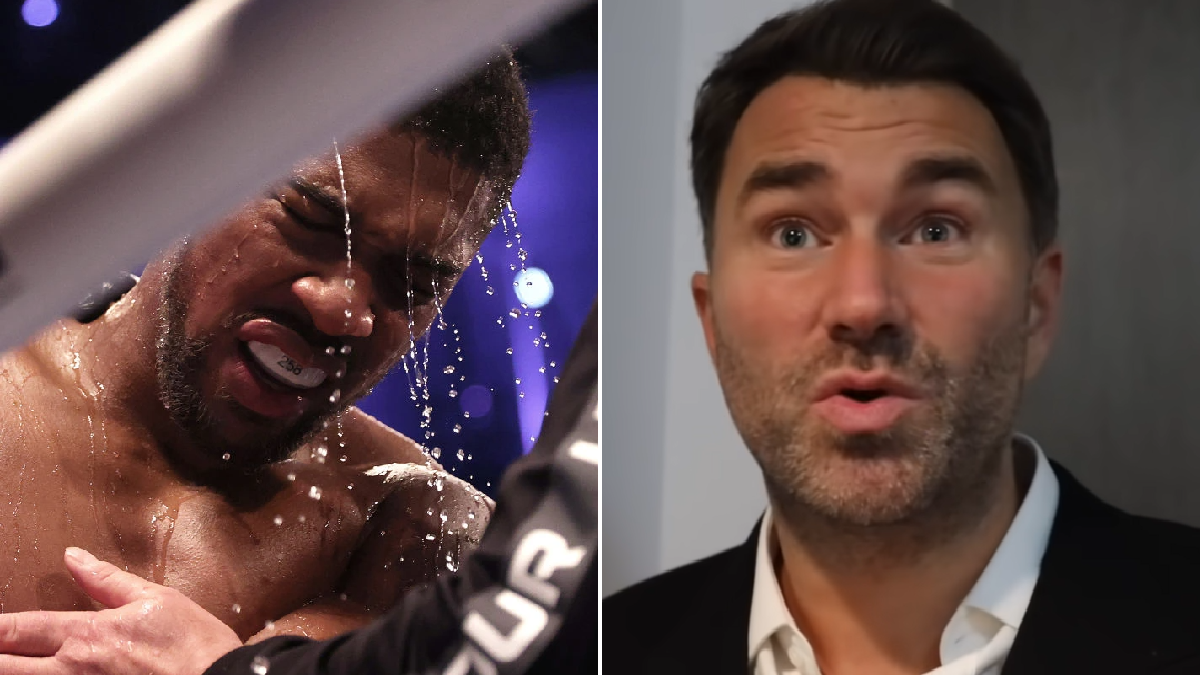 Anthony Joshua’s promoter Eddie Hearn is adamant a super-fight with Tyson Fury will still happen regardless of whether the dethroned champ wins his belts back against Oleksandr Usyk.

AJ was on the receiving end of a masterclass on Saturday night at the Tottenham Hotspur Stadium, losing by unanimous decision and scuppering hopes of a long-awaited battle between the two Brits.

Instead, Joshua will trigger an immediate rematch with Usyk, though Hearn is still convinced that there will be an appetite to see him face off against Fury and they will eventually meet in the ring.

Asked if a much-anticipated fight with Fury is now off the cards, Hearn told iFL TV: ‘For now, yeah. It is what it is. Some people will be like, “Hahaha”.

‘But listen, by the way, AJ-Fury will happen. Unquestionably. But right now we have a focus [on Usyk] and I still hope Fury wins in a couple of weeks. But right now the focus is on Oleksandr Usyk, it has to be.’

Usyk – whose major victories have all come on the road – has already said he would like to have the rematch at Kyiv’s Olympic Stadium, but Hearn has downplayed that possibility and confirmed that the fight will take place early next year.

Asked if the rematch has to be in a specific location he said: ‘No. We’ll sit down with Alex [Krassyuk] and Egis [Klimas] and we’ll work out where the fight is going to make sense, generate the most money, create the most interest. All kinds of things.

‘AJ don’t care where it is. He’d much rather do it in London, but we’ll have to see. Usyk’s the champ, this is his night. Great guy, great team, they deserve it.’

Probed on whether he was targeting February or March next year for the rematch, Hearn continued: ‘Yeah. I think inactivity has not been great for AJ. And it’s a mixture of commercial stuff he does and Covid.

‘That was his second fight in 20 months. At the moment he’s just pumped for the rematch, he just needs to calm down. He needs a holiday, he needs to rest, recovery, take some time.

‘At the moment, all he can think about is a rematch. Which will be good for him in time, but just for now, switch off, rest your body. It was a taxing fight.’