Ermal Hadribeaj has described himself as the ‘Albanian Lomachenko’ and hopes to showcase his agile skills in Britain while pursuing a world title fight.

The undefeated super-welterweight has based his promising career in America, while fine tuning his nimble footwork and southpaw skills in eight professional victories.

Hadribeaj returns to the ring against Javier Garcia this Saturday and has vowed to deliver a performance like his Ukrainian idol. 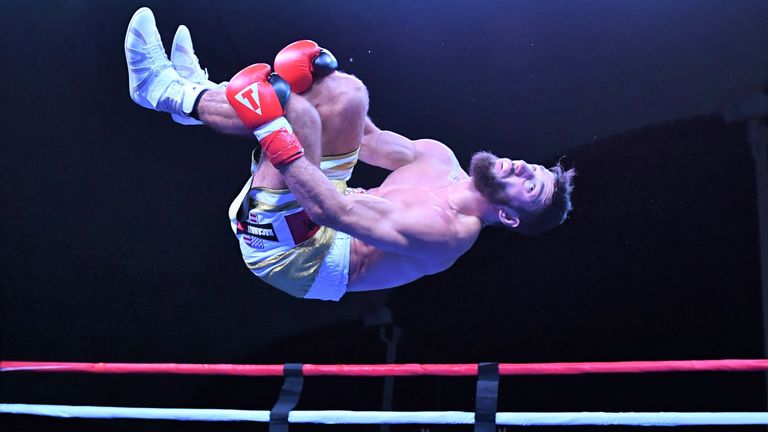 “I have this style, I’m very relaxed,” Hadribeaj told Sky Sports. “What I like to do with my opponent is download him in two or three rounds.

“The next rounds, I’ll just shift the gears, and probably knock him out.

“Like the Albanian Lomachenko, it’s true, because, I like a lot of footwork and timing. This is our specific things.

“Working with footwork, it brings out the Lomachenko-style and I really like it.

“I watched it [Lomachenko’s last fight] and I loved it.

“His footwork is amazing, you cannot find him. He finds you.”

Miami’s famous 5th Street Gym is a training base for the 27-year-old, who recently sharpened his reflexes in sparring sessions with Jeison Rosario, a former world champion in the same division.

“I’ve had great experience with a lot of famous fighters,” said Hadribeaj.

“Jeison Rosario, who was 154 [lbs] unified champion. I’ve been with him in camp, training for two months and sparring with him three days a week.

“He’s a big puncher and we are similar kind of fighters, always want to go head-to-head.

“I improved a lot and I handled it all in sparring with him. The best experience I’ve ever had.

“Sparring with him and putting all these rounds together, it makes us think and believe we can do it in this division and be a champion in the future.”

Hadribeaj is a friend of Florian Marku, Albania’s welterweight contender who is based in Britain, and he told Sky Sports: “I’m so happy about him [Marku] that he’s going so far. 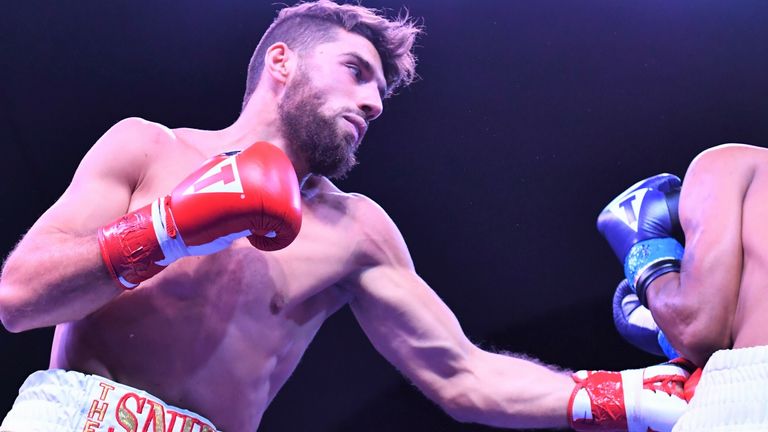 “He is working so hard, he’s so talented, and he is very strong. He loves it, he wants to be a champion.

“I love his personality.”

With a big Albanian community in Britain, Hadribeaj is eager to make his UK debut in the near future.

“I would be so happy, so excited. I would love to be there,” he said.

“I know I’m going to have their support, so it’s going to be a dream for me to fight in London on a big card.

“It would be an amazing feeling.”