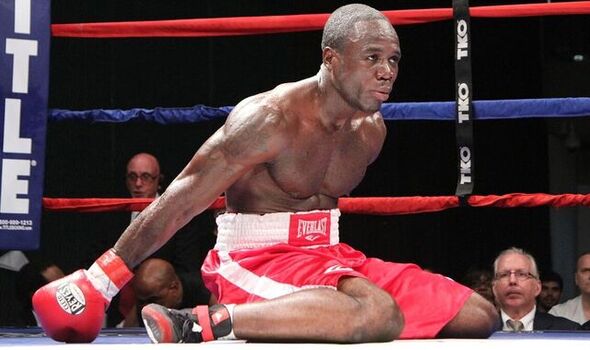 Former professional light-heavyweight boxer Azea Augustama has been arrested for threatening to commit a mass shooting at a boxing gym in Miami.

The 39-year-old is facing two counts of making written threats to commit a mass shooting and one count of making a written threat to kill or cause bodily injury. The charges stem from Instagram posts targeting people at the Boxr gym – where he previously trained. Augustama had his membership revoked from the gym on November 11 after getting into an argument with another member.

Speaking about the incident, Boxr gym owner, Mateo Attalla told CNN: “Something was off. He was just acting a little funny and started acting aggressive.”

On Tuesday, November 15, Augustama returned to the gym with the police to pick up his belongings. “He was escorted in with cops to get belongings and, of course, belongings weren’t there,” Attalla said.

That day, Augustama took to Instagram to post a $150 deposit receipt for an AK-47 from a pawn shop and tagged the gym on Instagram. He also uploaded photos of the Parkland school shooter, who had killed 17 people at Marjory Stoneman Douglas High School in 2018, with the caption: “considering shooting people at the gym.”

According to the affidavit, he had also privately messaged someone with a picture of a potential victim, saying: “He’s first when I get my gun or with something else first (RIP).”

Augustama is being held at the Turner Guilford Knight Correctional Center in Miami on a $3 million bond after being arrested by police at the pawn shop where he put down a deposit. During his 8-year professional career spanning from 2009 to 2017, Augustama racked up a 20-3 record with 12 wins coming by way of knockout.

The Haitian boxer was unable to get off the ground in the paid ranks but did find success as an amateur. Augustama represented his country at the 2008 Olympics and 2007 World Championships. He also won the 2008 National Golden Gloves.

Augustama was born in Les Gonaives, Haiti but resides in Florida. The affidavit lists his current profession as a personal trainer at the time of the arrest.