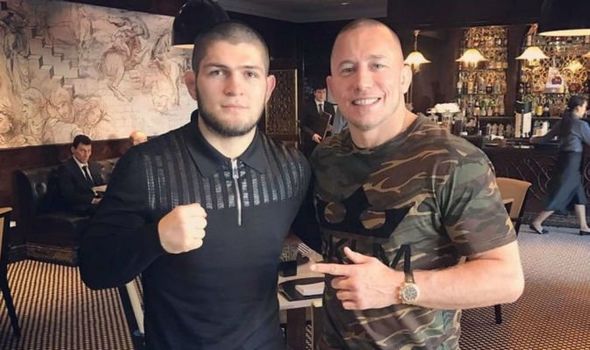 Georges St-Pierre has opened up on the prospect ending his retirement from mixed martial arts and returning to the UFC. St-Pierre returned to the Octagon in November 2017 in the main event of UFC 217, where he challenged Michael Bisping for the middleweight title.

The two-time welterweight champion, who was competing in the 185lb division for the first time, produced a memorable performance to score a third-round submission victory over ‘The Count’, whom he submitted with a rear-naked choke after flooring him with a picture-perfect left hook.

St-Pierre’s reign as middleweight king came to a premature end a month later when he vacated the title, a decision he made due to an ongoing bout of ulcerative colitis.

Throughout his second hiatus from the Octagon, which he made permanent last February, St-Pierre has made no secret of his desire to return to the cage for one last legacy fight.

Top of that list was a showdown with lightweight champion Khabib Nurmagomedov, a fight which would provide him with the opportunity to become the UFC’s first three-division champion.

JUST IN: Dana White announces UFC will resume on May 9 after coronavirus hiatus 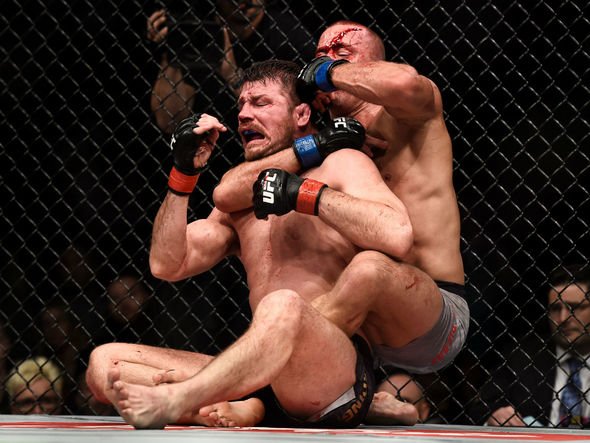 They had other plans

St-Pierre and his management broached the fight with the UFC brass but were met with a resounding no, a decision the future Hall-of-Famer completely understands.

“They had other plans,” St-Pierre told ESPN. “I know Khabib wanted to have that fight, I wanted it. But the thing is, if you look at the UFC’s side, I think it’s normal.

“If I put myself in their shoes and they didn’t want to take the risk of me winning the title and then after vacate it again.”

So eager was St-Pierre to test himself against Nurmagomedov he was willing to have a non-title fight with the undefeated Russian.

“For me, it was because I considered Khabib right now the best fighter in the world. And he wanted to fight me as well. So, I thought it was a good fan fight.”

While many would be irked by having the opportunity to create history taken away from them, St-Pierre has taken the UFC’s decision not to allow him to challenge Nurmagomedov as a backhanded compliment.

“They had other plans for Khabib. And I understand that, they had a lot to lose,” the Canadian said. “If they invest into that fight and their investment goes out, it’s not a good move. 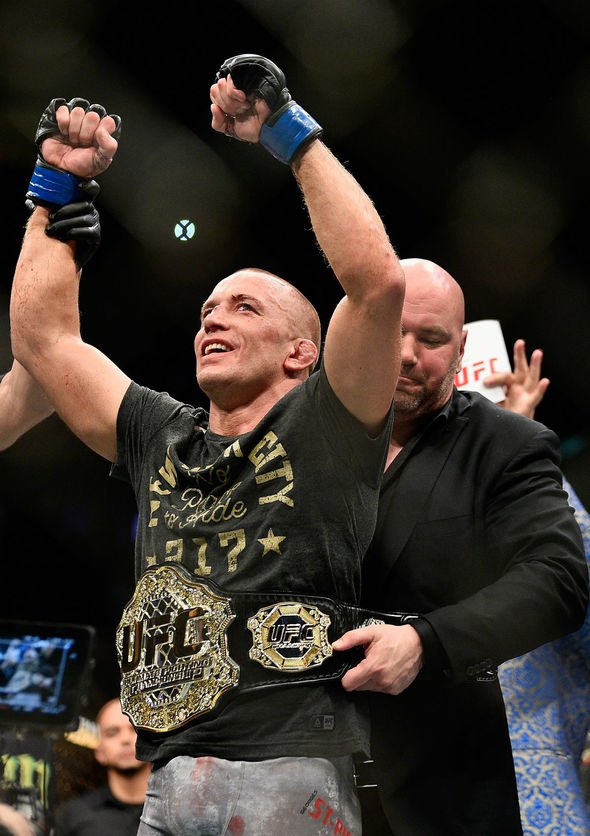 “So in a way, I can take that as a compliment because maybe they saw me as a threat. Maybe they thought I could win the fight. If they would’ve let me fight him, maybe its because they think I would lose.”

At this moment in time, fighting is the last thing on the mind of ‘GSP’ – who is conscious of not being able to walk away from the fight game on his own terms.

“It would take a 180-degree turnaround,” he said. “I’m the happiest man in the world. An athlete has a window.

“You want to retire from the sport. You don’t want the sport retiring you.”