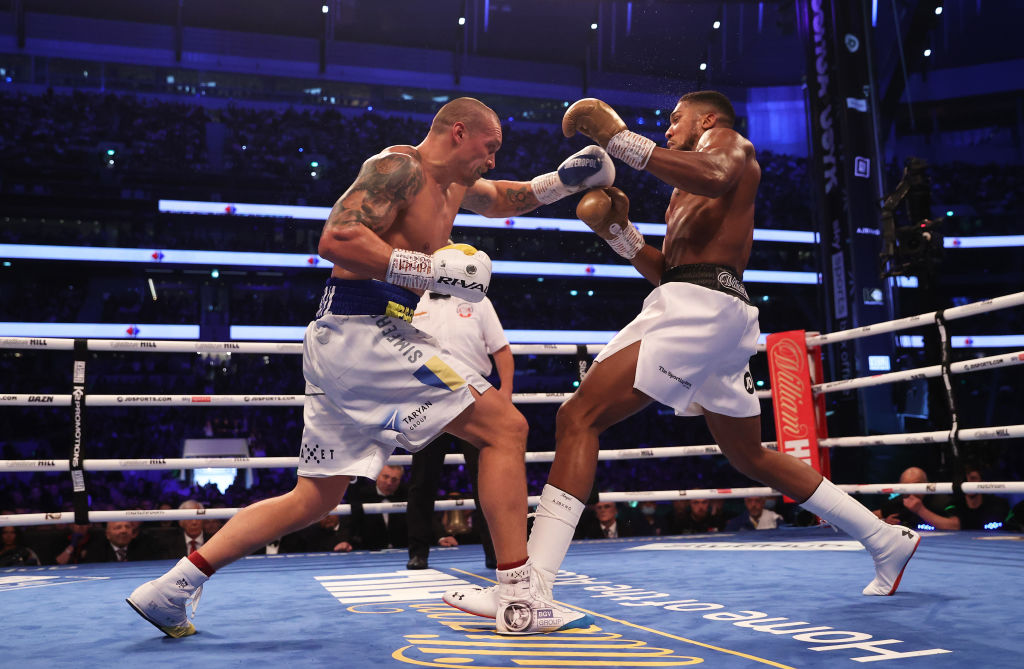 A disappointed Eddie Hearn felt Anthony Joshua put on an ‘average’ display in his defeat to Oleksandr Usyk and admitted the British heavyweight would have to make some ‘big changes’ to silence his doubters, with the pair set for a rematch.

Usyk announced himself to the heavyweight division with a masterclass at the Tottenham Hotspur Stadium which saw him claim Joshua’s IBF, WBO and WBA heavyweight titles.

The Ukrainian proved beyond doubt he could make the step up from cruiserweight and the judges scored the contest117-112, 116-112 and 115-113 unanimously in his favour.

Home favourite Joshua could barely see out of his right eye in the final two rounds and Hearn confirmed his medical team would be looking into the severity of the injury.

‘It was a tough fight, a gruelling fight, he’s not quite talking the way you’d expect to talk at the moment,’ Joshua’s promoter, Hearn, told Sky Sports shortly after Usyk’s victory was confirmed.

‘He’s devastated and already talking about training again. They want to look at the eye socket. He says it’s fine but it’s a devastating defeat.

‘Obviously, congratulations to Oleksandr Usyk. What a fighter. He put in a great performance tonight and the better man won.’

Joshua was pulled into a technical battle with Usyk and came out second best, with the smaller man regarded as one of the best-pound-for-pound fighters on the planet.

‘That was always the danger of the fight. You overthink the fight, you try and be too technical and you don’t use your attributes and you don’t make your mark early enough in the fight,’ Hearn added.

‘Usyk’s very fit, he’s got great feet, he threw a lot of punches in there tonight and it was all the things you worry about against a fighter like Oleksandr Usyk.

‘He exercised his style very well, he was probably a little bit more aggressive which I think did him well. In the first ten seconds he came out with a right hand and left hand straight down the pipe.

‘He was really good tonight and he goes down in history. No complaints from AJ. He’ll get up and go again and he’s already talking about training on Monday, but it’s a tough defeat.

‘Getting beat by a pound-for-pound great fighter, we’ve been here before at Madison Square Garden. This was different.

‘He was beaten by a better man on the night and you have to make some big changes in the rematch to avenge that defeat.’

Hearn knows Joshua will be massively disappointed when he watches back the fight and assesses his where he went wrong over the coming days.

‘He’s already talking about being in the gym. He lives and breathes boxing. Boxing saved him, it made him and he won’t fall out of love with the game,’ he went on.

‘When you do, that’s time to walk away from the sport. The desire is still there and will still be there.

‘He’ll know when he watches that back… that, for me, was an average performance from Anthony Joshua. He can do so much better in that fight, but he’s facing a pound-for-pound great and this is what happens in the sport.

‘You can criticise Anthony Joshua and say, “Ah, he got beat!”, but he’s facing the best consistently so you can’t have it both ways.’