Jake Paul is ‘honest’ and ‘really does care’ about UFC fighter pay, insists light-heavyweight Anthony Smith as he hails YouTuber-turned-boxer for ‘being a pain in the ass’ over issue

Jake Paul is not simply using the issue of UFC fighter pay as a way to wind up Dana White while promoting himself, insists Anthony Smith.

The No 4 ranked light-heavyweight firmly believes Paul is genuine in his passion to raise the base level of fighter pay from £8,800 per appearance in the octagon.

In his latest back-and-forth with White, Paul called for the minimum amount to be raised to £29,000 and asked for fighters to be given a 40 per cent share of annual revenue. 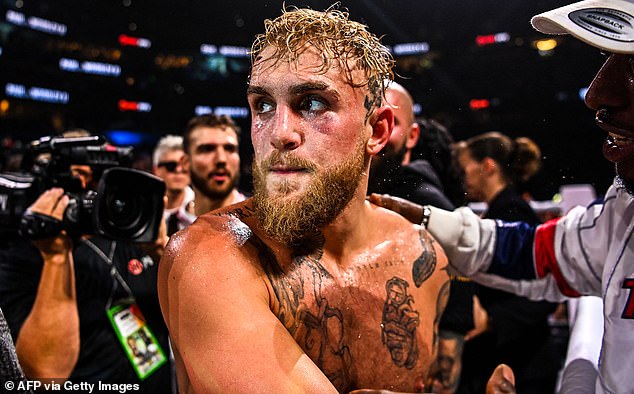 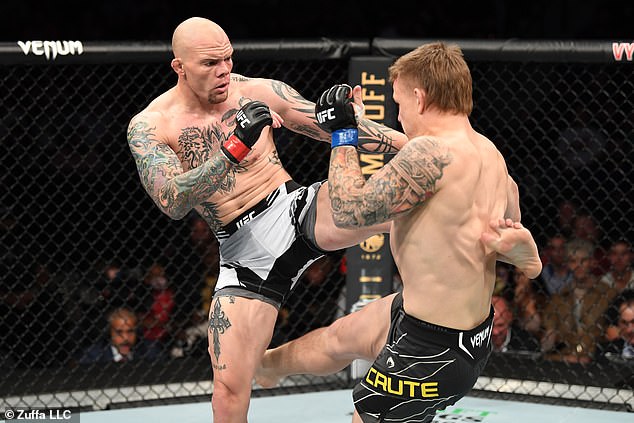 White has told Paul to go and set up his own fight promotion if he is that dismayed by the terms the UFC offer and accused the YouTuber-turned-boxer of using performance enhancing drugs.

Paul has used the UFC as a tool to boost his profile, riling fans and defeating former MMA stars in the boxing ring.

But his calls for the UFC to improve fighter pay and long-term healthcare have been welcomed by the athletes, including Robert Whittaker.

‘I think he actually does care. Here’s the deal, we’ve had these movements where people talk about fighter pay and blah, blah, blah – it’s always people that it benefits, and I’m not meaning just fighters.

‘In the history of the sport we’ve had people come from the outside and they want to seem like they’re some savior and they’re gonna come in and they’re gonna save us and help us, but at the end of the day, every single one of those guys has had their own endgame.

‘Jake Paul has nothing to gain here, so I think do believe it, it does sound genuine, because it’s a pain in the ass.

‘It’s hard to do and he’s still attacking it. He’s continually bringing it up for months and months and he’s not letting it go.’

Paul donated £3,700 to UFC fighter Sara Alpar in June after she established a GoFundMe to cover expenses while she waited to fight.

So there has been action behind his words, although it is highly unlikely that White will listen to Paul and the business model is almost certain to remain the same. 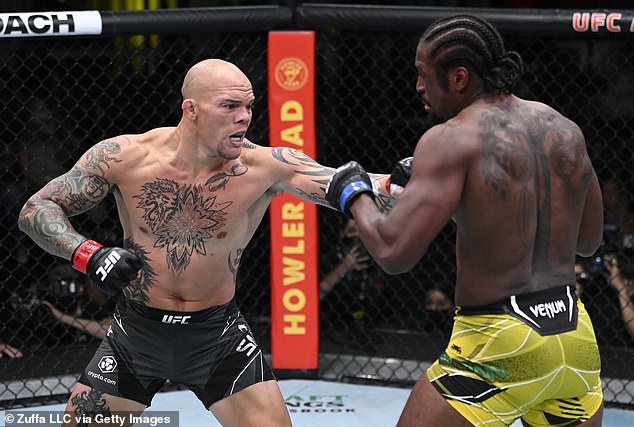