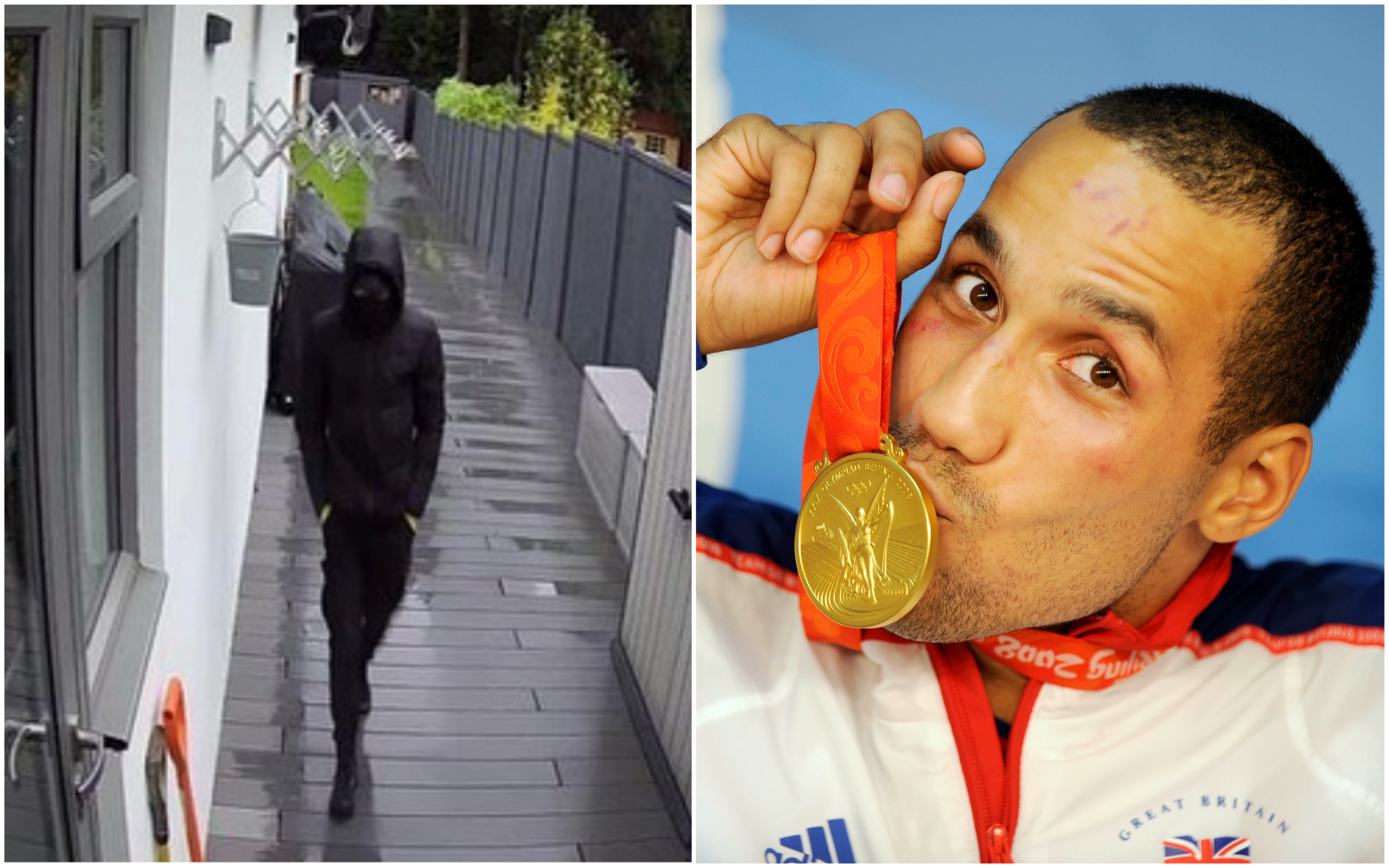 Former world champion James DeGale has revealed his Olympic gold medal and MBE were stolen from his parents’ home during the Euro 2020 final on Sunday evening.

DeGale beat Emilio Correa in the finals at Beijing 2008 to clinch Great Britain’s only boxing gold that year.

The Londoner was appointed MBE in the 2009 New Year Honours. But the former super-middleweight champion posted footage on Instagram of someone dressed in black approaching the door of his parents’ house before obscuring the CCTV camera.

DeGale explained the incident took place while England were playing Italy in their first major international final in 55 years, with Gareth Southgate’s side losing on penalties at Wembley.

DeGale, 35, wrote: ‘My parents’ house got burgled last night whilst our boys were trying to bring it home!

‘He took two of my prize possessions, my Olympic gold medal and my MBE. They are worthless to anyone other than me and they are two achievements that I prize from my boxing career.

‘I am gutted and need my medals back. Can anyone help by reporting any information you have. Please share far and wide.’

The Hammersmith-born fighter retired on February 28, 2019, exactly 10 years after making his professional debut days after his defeat to Chris Eubank Jr.

He left the sport with a record of 25 wins, three defeats and one draw.