MMA fans were left horrified after Lisa Verzosa’s bantamweight fight against Julija Stoliarenko left the Invicita cage a bloodied mess. The two women left it all in the cage in the final of the Bantamweight tournament.

Verzosa was left with a horrific cut across her face during the fight, but bizarrely the referee failed to step in.

The canvas, once white, was now almost completely covered in blood.

Stoliarenko came out with the decision win and won the bantamweight title in the process, but Verzosa came away with plaudits of her own for her guts and resilience.

Supporters were left stunned, and some dubbed it the best fight they had witnessed, after five gruelling rounds. 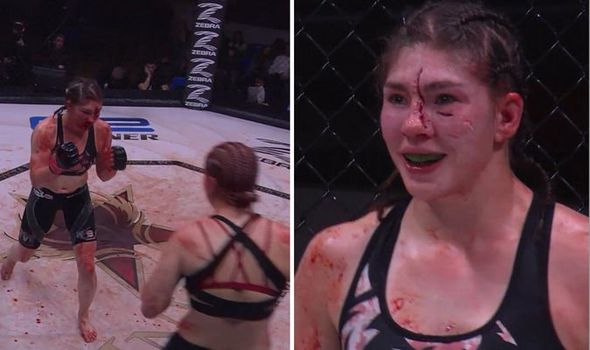 Some fans likened the bout to Rory McDonald’s gruesome clash with Robbie Lawler, a fight which was named the fight of the year for 2015.

Just like in 2015, the two fighters on Friday were left with deep cuts on their faces and blood covering the canvas.

Immediately after the bout finished, fans took to Twitter to praise Verzosa and Stoliarenko.

“That was the best fight I’ve ever seen!!” one wrote. 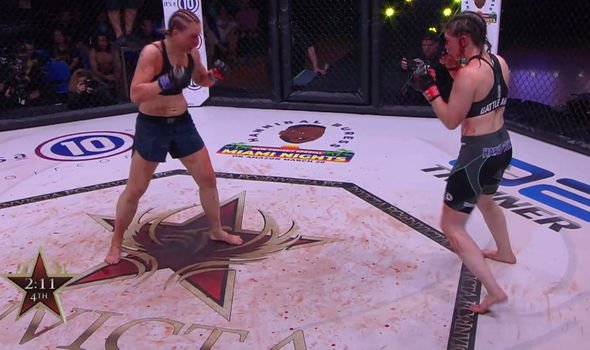 “Is this the bloodiest fight in Invicta? This is ridiculous,” another wrote.

“The entire Invicta cage is a crime scene,” one said. 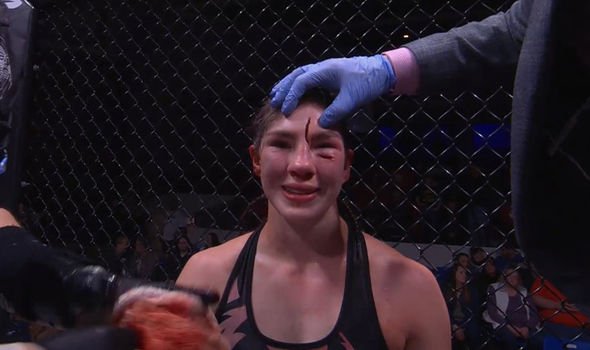 One fan simply wrote: “SO. MUCH. BLOOD.”

“Still smiling though. What she get hit with a chainsaw?!” one asked.

“What the hell happened??” a fan posted.