Tyson Fury’s coach Andy Lee has revealed what head trainer SugarHill Steward told him just moments before he knocked out Deontay Wilder in the seventh round of their world heavyweight title clash last month. Fury won the WBC and Ring Magazine belts with victory over the Bronze Bomber.

Fury started the fight fast and floored Wilder in the third round before doing the same two rounds later.

The Gypsy King pushed forward and backed Wilder up before laying on a barrage of punches in the seventh round, forcing the corner to throw the towel in.

Fury employed Kronk Gym trainer Steward in order to get the knockout he desired. 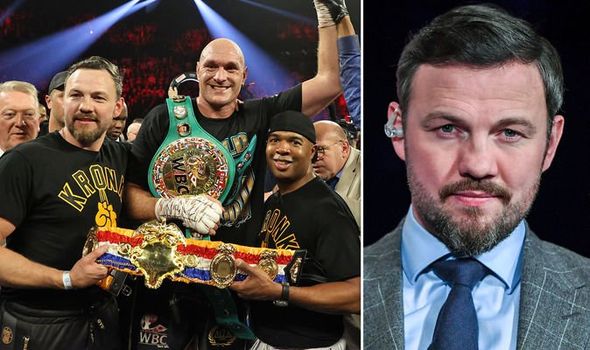 And distant cousin Lee also helped with preparations, having been trained at Kronk throughout his own career too.

Lee has now revealed what Steward told Fury just before he went out and finished the fight in the seventh round.

“Before round seven SugarHill said to him, ‘You know what to do, left jab, left jab, feint, feint, step back, one two’. And he went out and did it. It was perfect,” Lee told Boxing Social.

“He said what he had to say very directly.

“The only criticism he had for Tyson at the start was his step back was too slow.

“He needed to take a quick step back and back in to him.

“He did that after the first round, Tyson made that adjustment.” 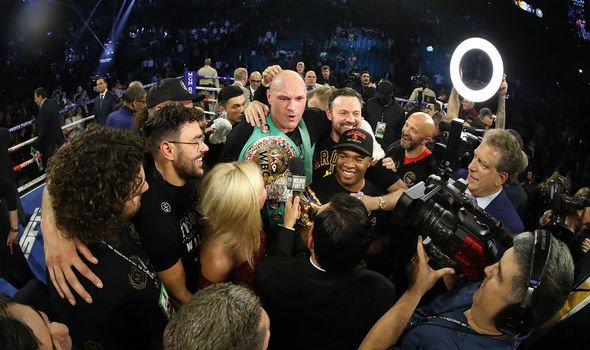 Lee also said that Steward asked Fury what he was waiting around for, before instructing him once again to finish Wilder off.

“Once we got into the sixth round he said, ‘Go and get him out of there, what are you waiting around [for]?’” he added.

“Similar to what Emanuel (Steward) would say, but not as animated.”

Wilder and Fury are likely to clash again this summer after the American exercised his right to a rematch.

Though details aren’t finalised yet, it’s expected that the fight will take place in Las Vegas again – and on July 18.