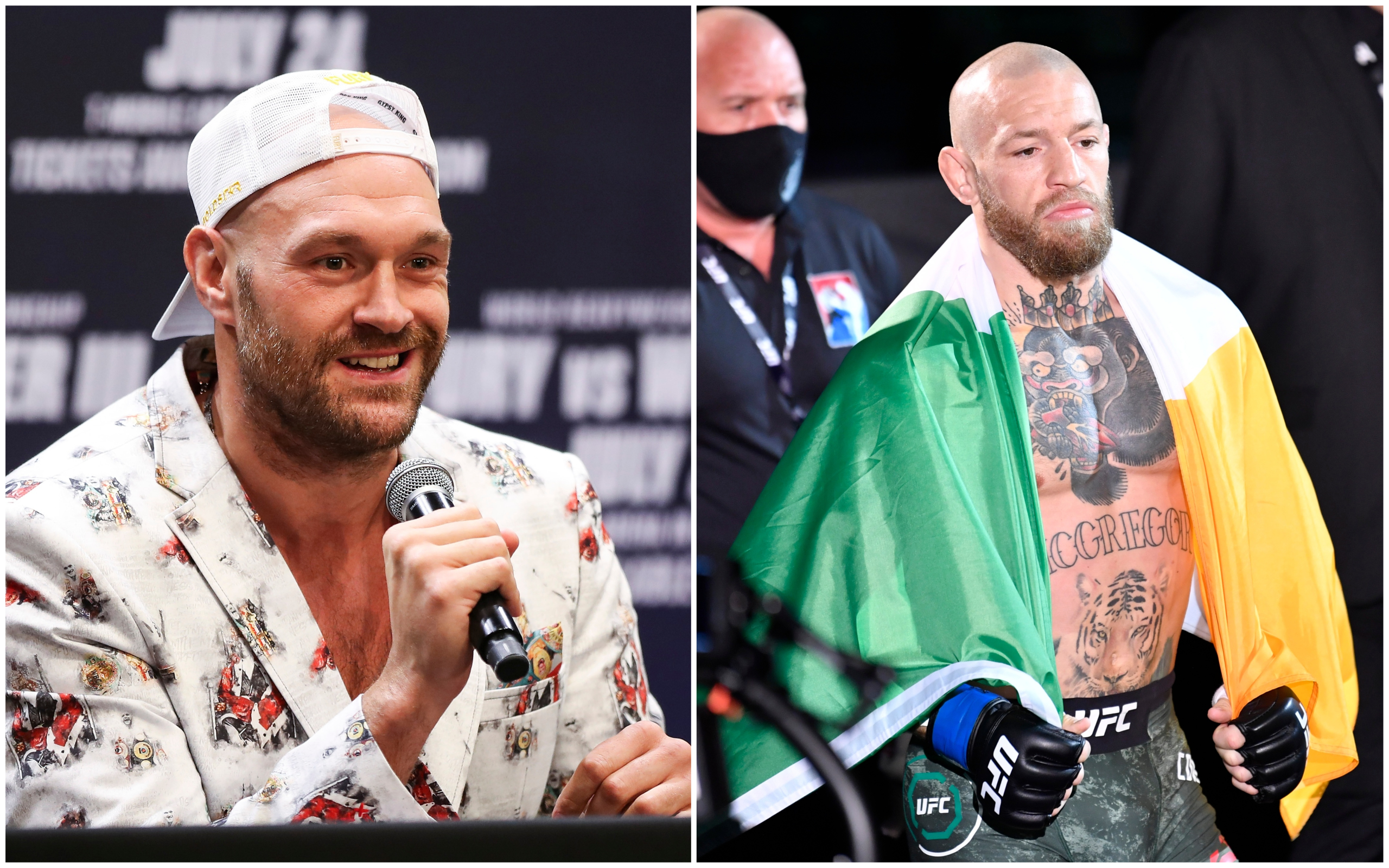 Tyson Fury has backed Conor McGregor to win ‘in style’ against Dustin Poirier in July – but warned his career could be over if he falls short again.

McGregor and Poirier headline UFC 264 on 10 July in their third meeting, with each man holding a win to their name.

‘Notorious’ secured a first round TKO win in their first meeting back in 2014 while on the rise to becoming the biggest name in mixed martial arts.

Poirier secured revenge last January however, knocking out the Dubliner in the second round.

Fury describes the fight as a ‘final roll of the dice’ for McGregor and while he expects him to come out on top, the WBC heavyweight champion questioned his preparation for recent fights.

‘Well it is Conor McGregor’s final roll of the dice, if he loses this one it’s curtains, isn’t it?’ Fury said in an interview with UFC legend Michael Bisping.

‘From what I hear, he lives like a rockstar while he like a week away from his fight. You can’t do that.

‘When I’m in training camp I’m 100 per cent dedicated to the fight, I don’t do anything. I go to bed early, I get up earlier, I don’t drink anything but water.

‘I dedicate 100 percent to the job at hand. If I was going out and getting smashed the night before a fight, then I’m asking to lose.’