Tyson Fury would be “comfortably” beaten by Anthony Joshua, according to Matchroom chief Barry Hearn, who also believes the Gypsy King lacks concussive power in his punches, despite his TKO win over Deontay Wilder last month.

The Brit knocked Wilder down twice en route to a seventh-round stoppage.

But Hearn still doesn’t believe Fury has the same concussive power that Wilder has.

JUST IN: Tyson Fury explains why Anthony Joshua is not a real champion 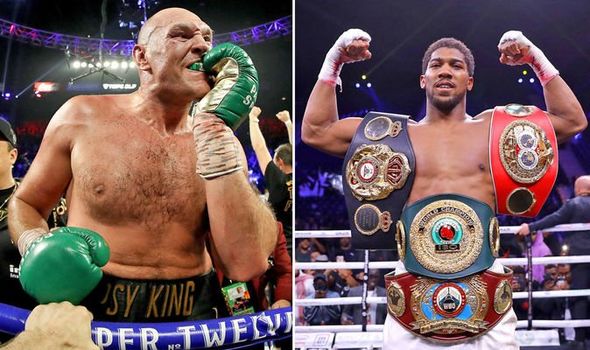 “Fury is awkward, he’s less awkward when he comes forward, he’s got great movement, he doesn’t have a concussive punch,” he told iFL TV.

“Fury can’t punch. I’m talking about concussive punches at the highest level. Wilder can punch, he can’t do much else, but he can punch.

“The leverage in his shots, you’ve only got to look at his body position to see where it comes from.

“Of course Fury can punch, but there’s a difference between that and having a concussive punch that can knock people out, and throughout his career, he hasn’t been a puncher.

“But he hits you hard and hits you often, not concussive but more barrages and taking your legs and your heart.”

Hearn also said that he believes Joshua will comfortably beat Fury when they eventually fight.

But he had high praise for Fury’s performance against Wilder. 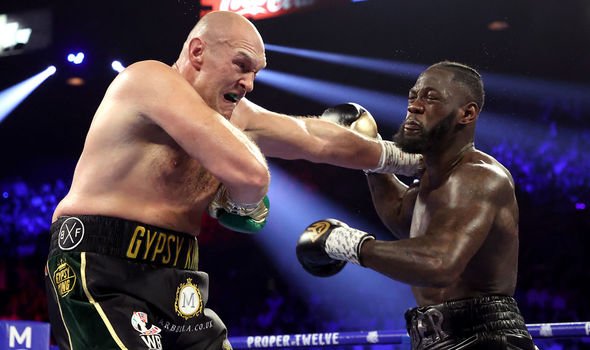 “It was terrific. There’s no point saying i thought Wilder would stop him because I’ve said for years he’s not very good. Technically, he’s awful,” he added.

“But he’s got a punch. If he can’t land that punch then he goes back to being what he is – technically awful.

“Tyson did a job on him, he smashed him up, it was so one-sided.

“Anthony Joshua is ecstatic about the possibility of facing Tyson Fury.