Tyson Fury teased following in the footsteps of KSI and fighting twice in one night with his proposed bout against Anthony Joshua on the brink of collapse. Last month the YouTuber fought rapper Swarmz and Luis Alcaraz Pineda on the same evening and defeated them both in convincing fashion.

With the Gypsy King keen to fight on December 3 and with negotiations with Joshua seemingly at an impasse, he claimed former WBA heavyweight champion Mahmoud Charr has agreed to a fight. But if the Mancunian and AJ can eventually come to an agreement, he may try to pull off an impressive feat.

“Just been doing a little bit of brainstorming,” the 34-year-old told fans in his latest social media update. “December 3 is coming, Mahmoud Charr is agreed, why don’t I fight two people in one night? Mahmoud Charr and somebody else?

“That would be pretty damn awesome, I’d probably be the first WBC heavyweight champion to have two fights in one night and that is a guaranteed fact. What do you think, what we saying?” Fury would also be emulating George Foreman, who once fought five men on the same night. 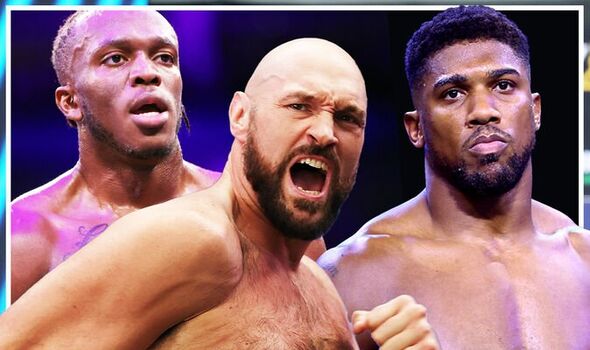 Foreman had just lost to boxing legend Muhammad Ali at ‘The Rumble In The Jungle’, and was keen to prove he was still boxing’s top dog by fighting five men in one night. Each fighter was sent out for three rounds but were all 30 and 40 pounds lighter than the heavyweight star.

Fans became quickly annoyed with the quality of opponent clearly being levels below Foreman, and began booing and leaving the event as he put down the five fighters without drawing breath. Even the former heavyweight champion’s trainer refused to turn up to the event, with none of the fights making it on Foreman’s professional record.

If Fury’s idea came to fruition, it would certainly be one of the most monumental events to take place in the history of the sport. Fury seemed keen to fight Joshua later this year and made the initial offer to his rival on social media. 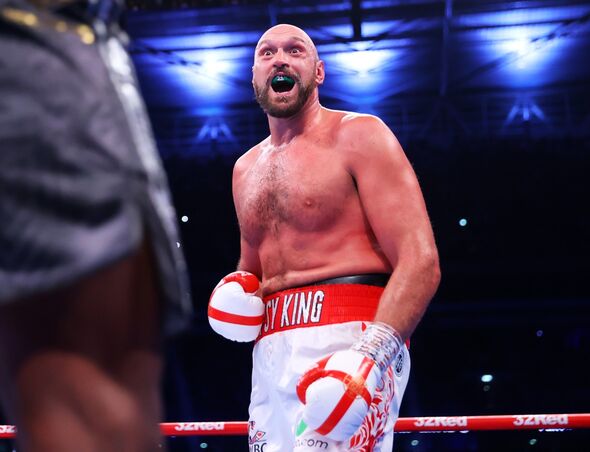 But since then he has consistently put seemingly insurmountable obstacles in the way of his rival’s team accepting the fight. Just this week he has set two deadlines; first Monday and now today, for contracts to be signed, despite them currently being in the lawyers’ hands.

AJ himself stated the contracts are currently with lawyers, but vowed to put pen to paper once he is able to do so. But Fury seems to have lost his patience and has left his options open as he bids to step into the ring for the first time since defeating Dillian Whyte at Wembley Stadium in April.