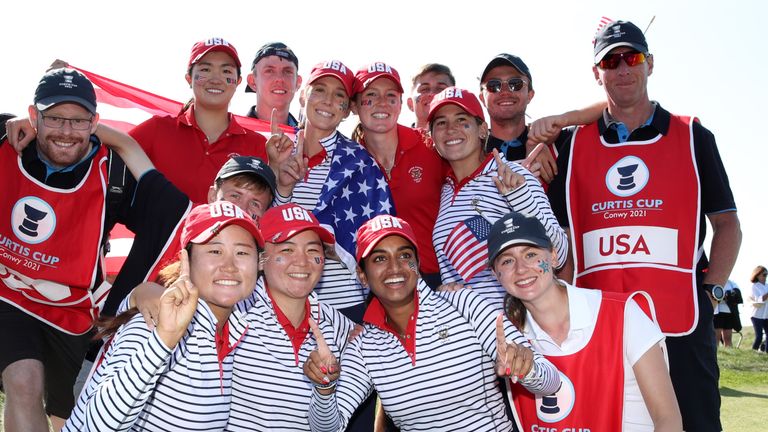 Team USA dominated the final-day singles to retain the Curtis Cup with a crushing five-point victory over Great Britain and Ireland at Conwy.

Caley McGinty was the only player on the home side to register a singles win in a one-sided contest, with the visitors winning six of the eight matches to post a 12.5-7.5 triumph, their first away victory since 2008.

Elaine Ratcliffe’s team had been full of optimism for a third straight win on home soil having established a three-point lead on day one, but Team USA rallied to level the overall score on Friday and carried that momentum into the singles.

Hannah Darling was denied a win in the top match despite being three up on Jensen Castle with four to play, only for Darling to bogey the 15th and 16th before Castle birdied the last to snatch an unlikely half. 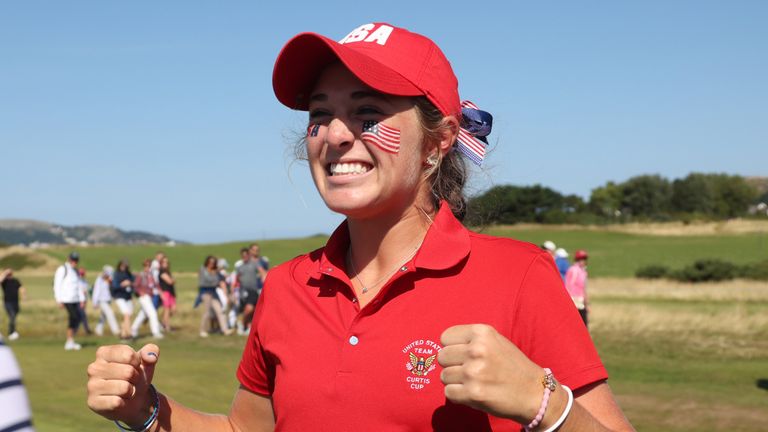 Rachel Heck and Brooke Matthews put further red on the board before AIG Women’s Open star Louise Duncan took her match against Rachel Kuehn to the final hole, where the Scot ran up a double-bogey seven, gifting the point to Kuehn which also confirmed Team USA as the overall winners.

The USA won all eight singles matches in their devastating 17-3 victory three years ago, but McGinty finally got a GB&I point on the board with an impressive 4&3 victory over Gina Kim.

But that was the lone bright spot for the home side as Annabel Wilson, Annabell Fuller and Emily Toy all suffered defeats in the final three matches to finish.