Dustin’s fine dining! Johnson feasts on lobster fritters, pigs in blankets and filet mignon as he serves up his menu at the Masters Dinner after winning the delayed tournament in November

Dustin Johnson might be a sandwich lover, but he was willing to put his favourite food aside at the Masters Dinner on Tuesday night as he served up a lavish feast.

Johnson, who claimed the green jacket at the delayed November tournament in dominant fashion, came up with a menu of lobster and corn fritters, filet mignon and miso-marinated sea bass.

Playing host at the annual event before this year’s Masters, Johnson admitted his four-course meal was ‘almost as good as the sandwiches’ having confessed his love for the snack as his favourite part of competing at Augusta. 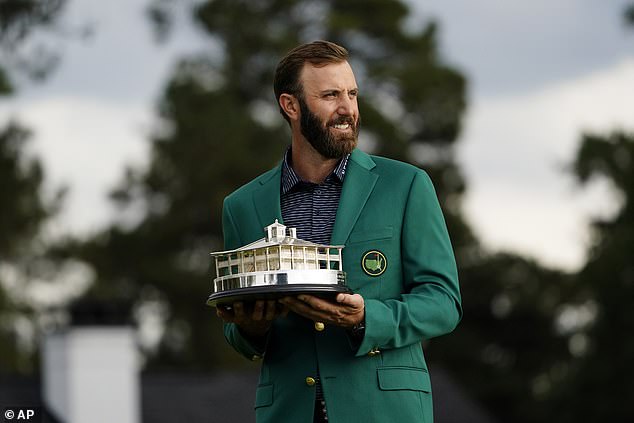 Dustin Johnson, who won the Masters in November, served up his menu at the yearly dinner

Lucky guests in attendance were treated to appetisers of the lobster fritters accompanied by spicy aioli, as well as an interesting take on pigs in blankets.

Johnson opted for smoked kielbasa – a type of sausage – wrapped in puff pastry, served with a creole mustard sauce.

Next up was a first course of house or caesar salad, followed by the filet mignon steak and sea bass – with mashed potatoes and spring vegetables on the side.

It was all topped off with a classic favourite of peach cobbler and vanilla ice cream for dessert. 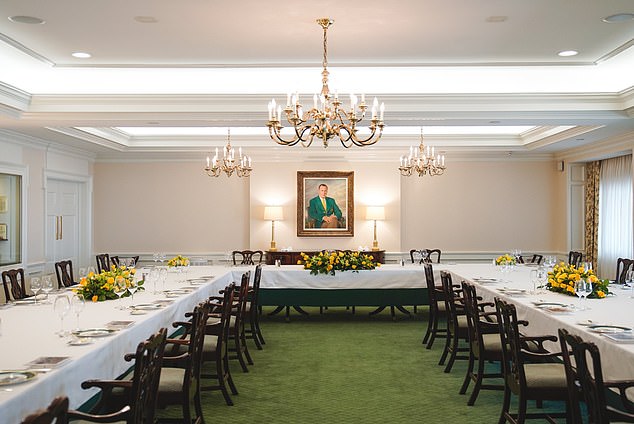 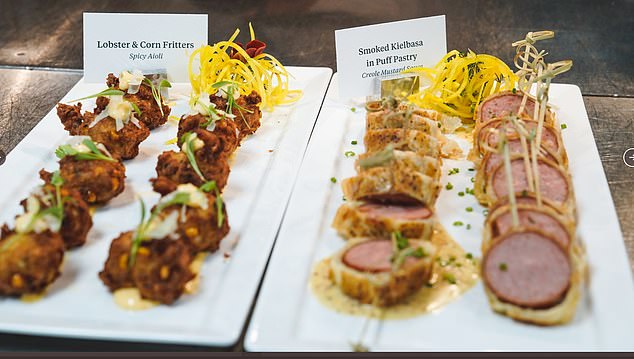 Johnson was looking to upstage previous winner Tiger Woods – who dished up his ‘Augusta Roll’, consisting of sushi with tempura shrimpy and spicy tuna, as well as steak and fajitas.

Johnson will be aiming for back-to-back titles at Augusta after being drawn with Lee Westwood in the first round.

He won the Saudi International in February and secured a top-ten finish on the PGA Tour, and while he has suffered set-backs after being knocked out of the WGC-Dell Technologies Match Play and withdrawing from the Valero Texas Open, he feels no pressure this time around. 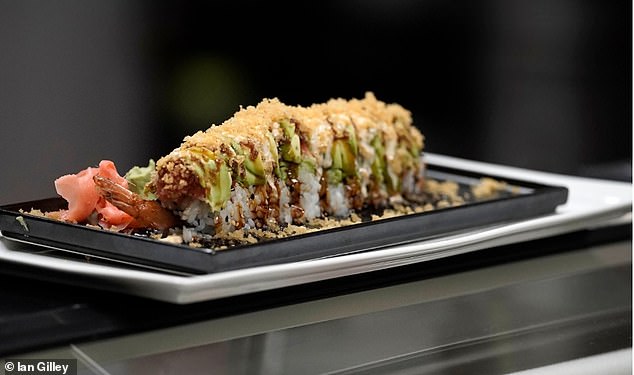 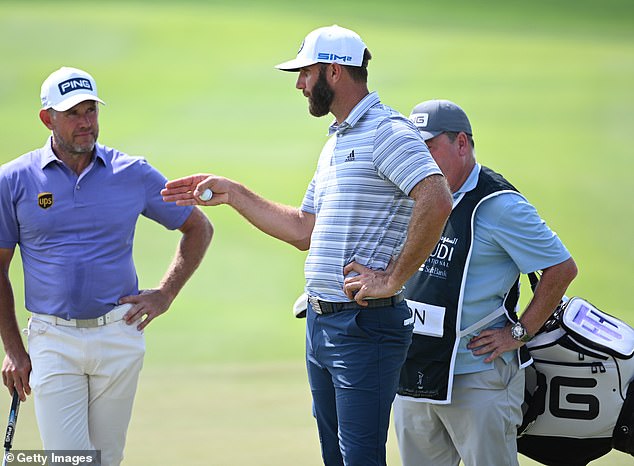 ‘I think my set-up and posture was just a little bit off which caused me to hit some funny shots, which is kind of the difference of playing really well or playing just OK. I think that was the main thing.

‘But I’ve worked on it the last couple weeks and feel like I’ve played really good in Austin tee to green. I felt like if we were playing stroke play I would have played really well, just it’s match play. Things happen. But I feel like the game is starting to get really sharp again and I feel really comfortable, so (I’m) looking forward to this week.

‘I’ve won The Masters so there’s no pressure on trying to win the golf tournament. But still, I’m defending champ so I want to go out and put myself in a position where I’ve got a chance to defend my title come the back nine on Sunday.’