Talk about a baptism of fire. Exciting Irish rookie Leona Maguire and her veteran English partner Mel Reid will take on the Korda sisters when the Solheim Cup gets underway in Toledo, Ohio on Saturday morning.

World No 1 Nelly and elder sibling Jess proved an invincible foursomes pairing at Gleneagles last time, with no European partnership able to take them past the 15th hole in either of their two matches.

Now their Anglo-Irish opponents have been handed the most daunting first assignment in the most eye-catching of the opening series of matches. 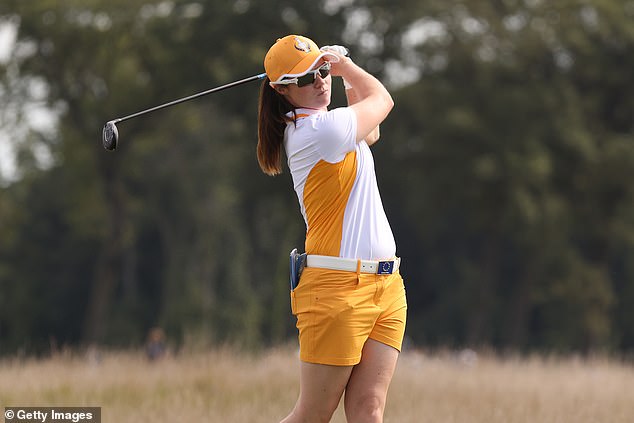 Maguire is not to be underestimated. The 26-year-old from Cavan is in a rich vein of form, having mustered seven top-15 finishes in a row on the LPGA Tour, and had a magnificent match play record as an amateur.

Following her superb Open victory at Carnoustie, Anna Nordqvist has been handed the honour of leading Europe out, alongside another rookie, Matilda Castren from Finland. Then come Georgia Hall and her French partner Celine Boutier in a renewal of a partnership that yielded two points out of two at Gleneagles. After that comes Reid and Maguire, followed by Charley Hull in the anchor match alongside Dane Emily Pedersen. They will take on Lexi Thompson and Brittany Altomare.

There is a quiet belief in the Europe camp that they can pull off a successful defence this weekend and win for only the second time on American soil. Or not so quiet, when it comes to the voluble Reid.

‘This is the strongest Europe team that I’ve ever seen,’ she declared in a statement that might interest the Korda clan.

Captain Catriona Matthew, returning for a second stint following the tense one-point thriller in her native Scotland last time, was characteristically more circumspect. ‘It’s certainly a very strong Europe team and one in which I have a great deal of confidence, but we’ve got a fight on our hands when you look at our opponents,’ she said.

The format will be the same as the Ryder Cup and will conclude with 12 singles matches on Monday — a bank holiday in America.