Matt Fitzpatrick reckons his game doesn’t quite match up to the demands of links golf — but no-one at the Scottish Open at the Renaissance Club in North Berwick is buying it.

The Englishman has the chance to claim his seventh win on tour at the age of just 26 on Sunday, and if he does it under the nose of new US Open champion Jon Rahm, then he will surely have to revise his opinion about his play beside the sea.

Just three bogeys in three days is the prime reason why the Sheffield man is tied for the lead with Belgian Thomas Detry, in another striking display of the consistency that has been the hallmark of his impressive season. 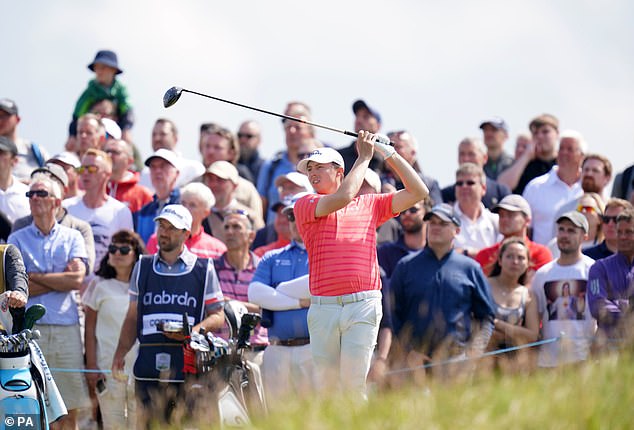 A lot is at stake for Fitzpatrick, for a win would not only be the perfect way to head down south to the Open but would seal his place in Europe’s Ryder Cup team in September.

‘It’s funny, I don’t feel I’ve done anything special but I haven’t made mistakes either,’ he said. ‘I’ll be trying for more of the same in the final round, this would be a great title to win.’

Rahm, joint leader at halfway, started horribly, missing four putts inside 7ft. He played the four par fives in a scarcely believable two over par, given his current form — yet will still start the final round just one shot behind. 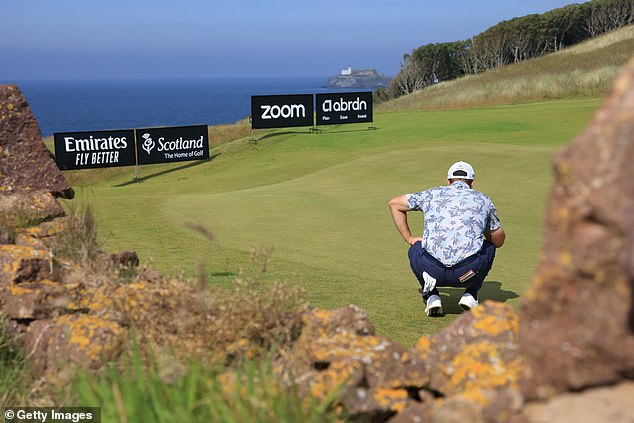 ‘My ball-striking was good but I didn’t have my best day on the greens,’ he conceded. ‘The good news is I’m still right in touch, so I’m going to work on my putting a little this evening and then let’s see what the final round brings.’

Detry is overdue a first win on tour, and nine top threes without a win and a spot in the Open tantalisingly within reach represents hefty mental baggage.

Lee Westwood will start four behind after two double bogeys with Tommy Fleetwood a further shot behind after a 68.