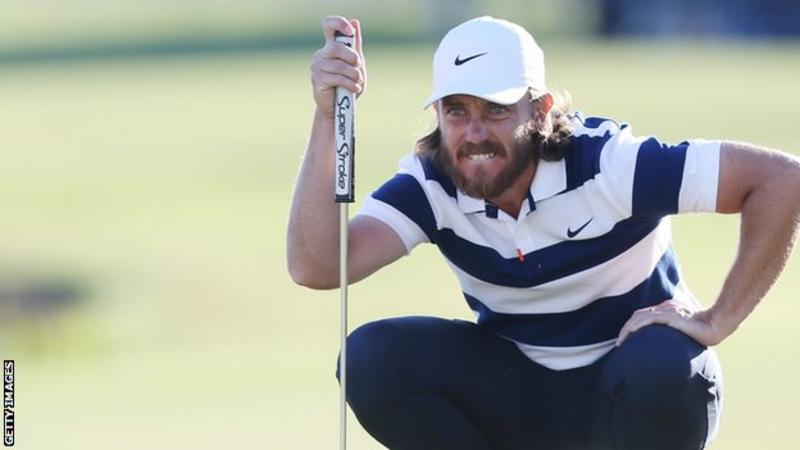 Tommy Fleetwood shot a three-under-par 67 to open a one-stroke lead on five under at the Honda Classic going into Sunday’s final round at Palm Beach.

The Englishman, 29, birdied four of the final six holes – sinking putts of more than 40 feet on the 14th and 17th – to lead American Brendan Steele.

Englishmen Lee Westwood and Luke Donald are both one shot behind Steele.

Westwood, 46, and Donald, 42, both carded one-over 71s in difficult scoring conditions on Saturday.

Fleetwood, ranked 12th in the world, is chasing his first victory on the PGA Tour, having recorded five wins on the European Tour.

His round, which contained six birdies and three bogeys, was only bettered by Canadian Mackenzie Hughes’ four-under 66, while American Jason Dufner posted the sole bogey-free round of the day.

The trio were among only 11 players in the 69-man field who finished the third round under par.

“There are just so many factors on a golf course. You can only hit golf shots and see where they play.”

Westwood, who is aiming for a first PGA Tour win since 2010, hit three bogeys and two birdies in the opening seven holes, and then holed another birdie on the 12th before giving the shot back with a bogey on the 16th.

“I didn’t have my A-game,” said the former world number one. “I struggled with my game a little bit but I stayed patient and ground it out. I don’t think I did too much damage.”