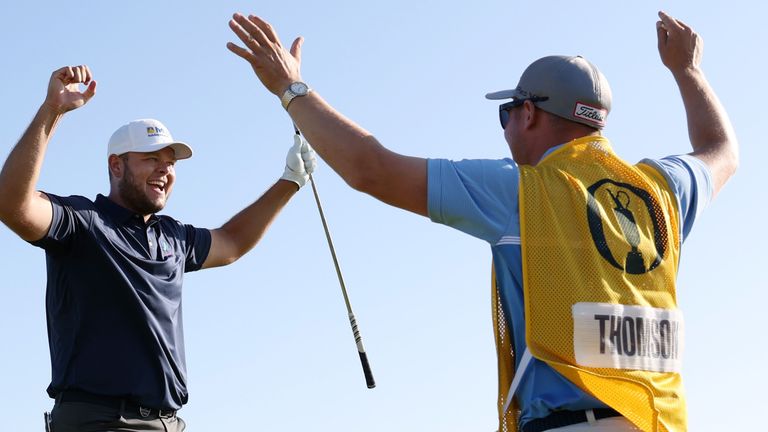 Jonathan Thomson enjoyed one of the highlights of his golfing career so far after posting a stunning hole-in-one during the second round of The 149th Open.

The 6ft 9in Englishman, the tallest player in the field at Royal St George’s, produced one of the standout moments of the tournament when he nailed his tee shot at the par-three 16th and brought huge cheers from those around the 149-yard hole.

Thomson birdied four of his last seven holes on Thursday to salvage an opening-round 71 and made a steady start to his second day, following seven pars with a birdie at the eighth and then cancelling out a bogey at the 12th by picking up a shot at the par-five 14th. 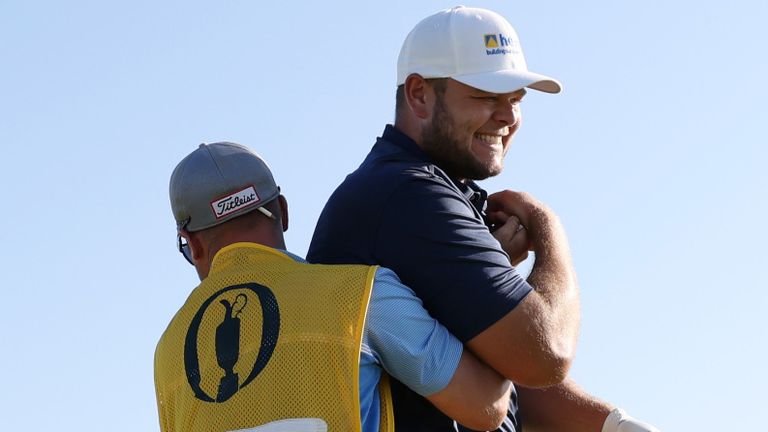 The 25-year-old, who only secured his invite into the final men’s major of the year when he progressed through Final Qualifying last month, dropped a shot at the 15th slip back over for the tournament but responded in the perfect style on his very next hole.

Thomson’s tee shot landed short of the green and hit the bank situated just past the bunker, with his ball then taking one large bounce and landing a couple of feet from the pin before spinning directly into the cup for an unlikely ace.

The hole-in-one came on the same hole where Dustin Johnson made one during the 2011 contest and lifted him into the group at one under, bolstering his hopes of making it through to the weekend.

Click on the video above to see Thomson’s amazing ace!

Watch The Open throughout the week live on Sky Sports’ dedicated channel – Sky Sports The Open. Live coverage continues Saturday from 9am.