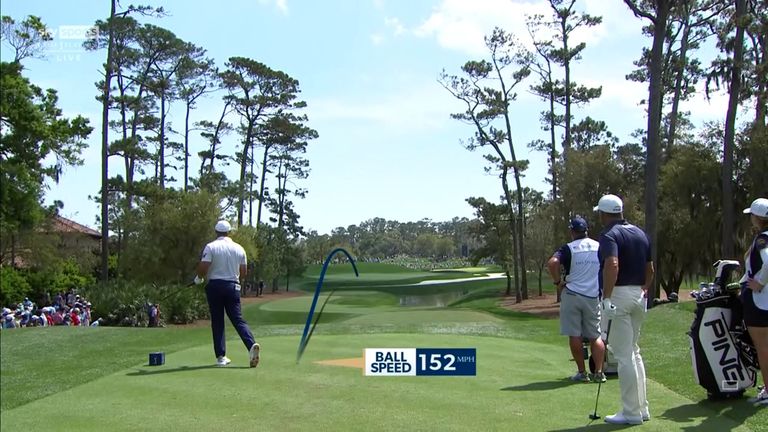 Bryson DeChambeau and Lee Westwood produced drama early in the final round of The Players Championship as both made huge mistakes at the fourth.

With Westwood maintaining his overnight two-shot lead after a birdie, bogey start against three pars from the American, both found water off the tee at the fourth – Westwood getting wet for the second time on the day.

DeChambeau, hitting a hybrid for position, topped his tee shot and his ball bounded into the water just 143 yards away, giving Westwood the ideal opportunity to extend his advantage.

But the 47-year-old came out of his swing with a fairway-wood and carved his tee shot way right, failing to clear the water by just a few feet and a similar shot to the one that led to a bogey-six at the second.

DeChambeau then got into further trouble when he blocked his third deep into the trees to the right of the green, and his initial punch-out did not come close to finding the putting surface after Westwood had knocked a safe second to the back of the green.

To his credit, the US Open champion played an incredible pitch for his fifth shot and made the putt to salvage a double-bogey, while Westwood two-putted to limit the damage to a single dropped shot.

Incredibly, Westwood found water twice in two holes and remained two shots ahead of the field!

Click on the video above to watch the drama unfold at the fourth as DeChambeau’s top and Westwood’s slice both find water at TPC Sawgrass!