Now that’s how you celebrate a birthday. Danny Willett had already won at the cathedral of American golf in 2016 and now he’s won at the Home of Golf too, wrapping up a two-shot victory in the Dunhill Links Championship at St Andrews before unwrapping the other presents that came his way on the day he turned 34.

The Yorkshireman has probably redefined what it means to have a rollercoaster career over the years but here he demonstrated once more that he is the best English finisher of his gilded generation.

Indeed, you probably have to go back to Sir Nick Faldo to find the last Englishman with a greater winning percentage when in contention, as the former Masters champion claimed his seventh tour title to sit nicely alongside that precious green jacket. 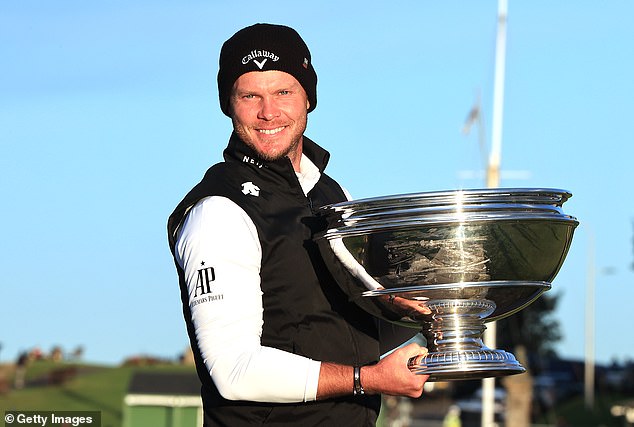 Among the chasing pack were all three members of Europe’s Ryder Cup side who hotfooted it over from Whistling Straits but Willett skilfully kept them and others at bay.

His last success came at the 2019 BMW PGA Championship, the first event of qualifying for the team just recently trounced. What a shame he is only now emerging from another two-year trough.

‘I don’t know why I keep having these average runs but it’s frustrating,’ he said. ‘The last eight months haven’t been great, with one health knock after another. 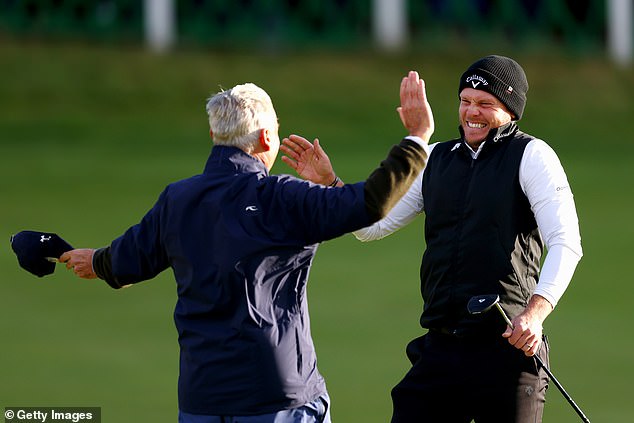 ‘It must feel to everyone at home like this has come out of the blue but I’ve been practising well and I think I’ve proven that when I’m in position to win I know what to do.’

The European Tour’s 10 tournaments in Britain and Ireland this year began with Willett hosting an emotional first win in 478 events for Richard Bland at the British Masters at the Belfry in May.

Now, on the final day of play in these isles for another year, the pair were at it again, as the 48-year-old enjoying an Indian summer and then some reeled in Willett with five birdies in six holes.

Willett pulled away again, seizing two of the last birdie opportunities available on a blustery day before finishing with eight straight pars for a 68, as Bland settled for tied fourth spot with Shane Lowry. 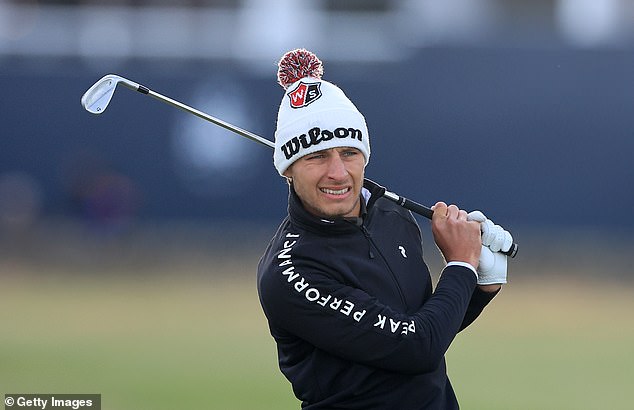 Tyrrell Hatton, twice a winner of this event and another at the massacre of Lake Michigan, shot a bogey-free 67 to finish runner-up alongside Swede Joakim Lagergren. Tommy Fleetwood finished tied seventh.

Given his up-and-down career, Willett is understandably reluctant to speak of long-term goals but he did admit that watching the Ryder Cup added fuel to the fire.

‘It’s the first time I’ve watched it and been bitterly disappointed I wasn’t there,’ said the Sheffield man, part of the losing team in 2016. ‘It wasn’t nice to see the lads getting hammered when you think you can add something.