David Beckham has praised his Inter Miami squad following the team’s 1-0 loss to Los Angeles FC in their first-ever MLS match. The former England captain took to Instagram to congratulate the club’s players and staff and share his excitement for the team’s future.

“Very proud moment for our club today and the team did us proud,” the former Manchester United and LA Galaxy midfielder said. “It’s been a long journey but this is only the beginning. To Diego (The Boss) the team and our entire staff…we should be very proud how far we have come and what the future holds. Exciting times ahead.”

The 44-year-old is the co-owner of the 25th MLS franchise which, six years after its initial conception, finally took to the field on Sunday. Beckham’s side, managed by two-time Concacaf Champions League winner Diego Alonso, showed flashes of promise in their first outing against a strong LAFC unit.

LAFC only played their first MLS game in March 2018 but have reached the play-offs in each of their first two seasons in the league and clinched the Supporters’ Shield – awarded to the team with the best regular season record – last year. And the hosts, managed by former long-serving USA head coach Bob Bradley, looked to assert their dominance in the opening stages at the Banc of California Stadium.

Former Arsenal and Real Sociedad forward Carlos Vela crossed to Diego Rossi after five minutes, but his header across goal was acrobatically saved by goalkeeper Luis Robles – who joined Inter after making 238 appearances for New York Red Bulls. LAFC had the ball in the net four minutes later only for Mark-Anthony Kaye’s goal to be ruled out for offside against Rossi. 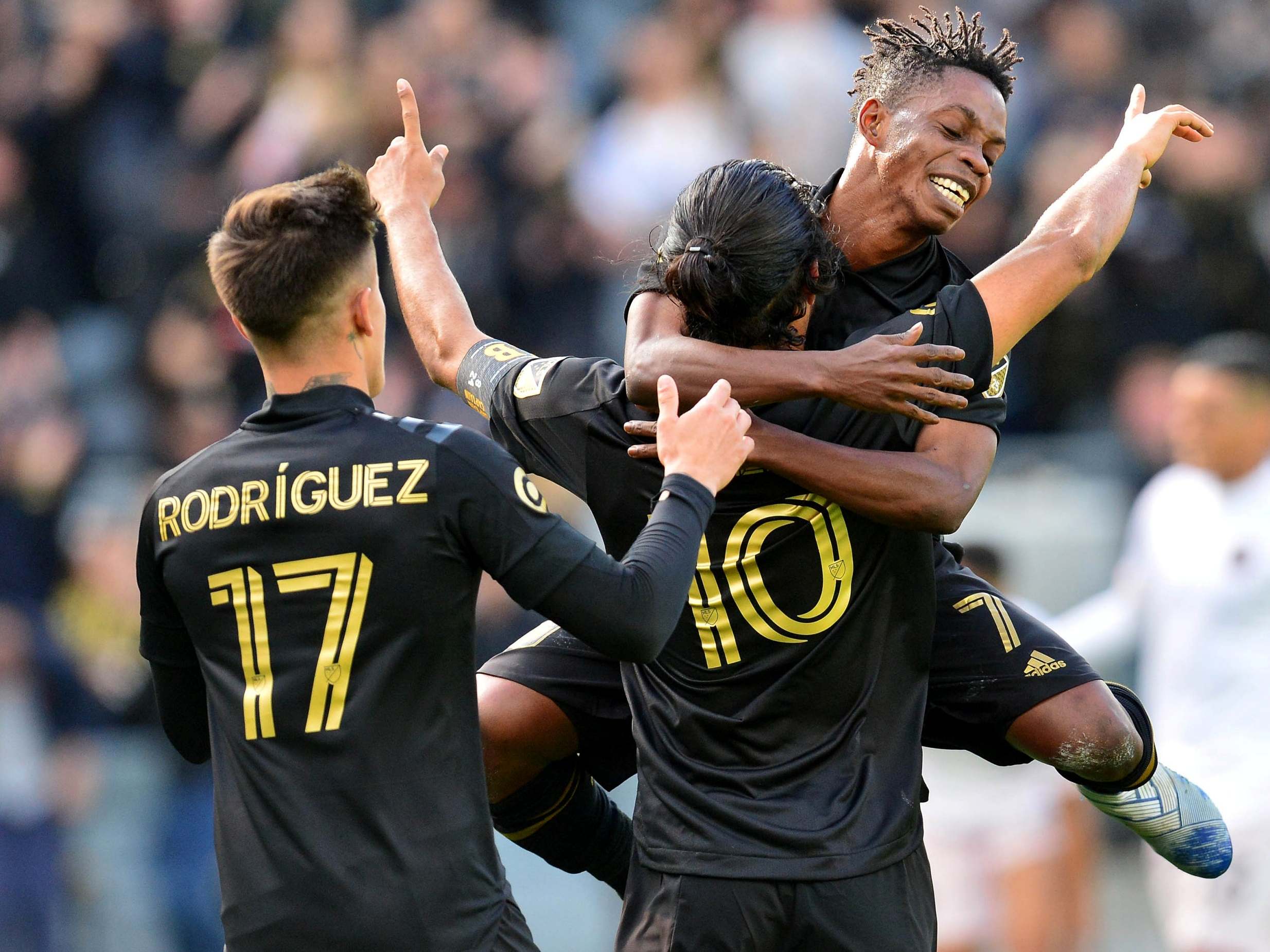 Miami began to grow into the contest and forced former Holland international Kenneth Vermeer into a smart save after 37 minutes, diving to his left to deny Matias Pellegrini. But Vela, on his 31st birthday, produced a piece of individual brilliance to give LAFC the lead on the stroke of half-time, dancing his way to the edge of the area before executing a sublime chip over Robles.

The hosts thought they had doubled the lead 30 seconds into the second half but Rossi was denied by the offside flag once again. Mexico international Rodolfo Pizarro then came within inches of netting Miami’s historic first goal in MLS, but his prodded effort fell just the wrong side of the post.