Several years ago, my friend Mark Pattison was facing an exceptionally challenging period in his life.

A professional endeavor had failed. He was struggling in his marriage, one of his daughters, Emilia (who is also my goddaughter), was battling with a form of epilepsy and his father, Pat, had passed away. Mark found himself at a crossroads.

On his nightly walks around the neighborhood with his dog, Theo, he constantly reflected: “How did I get to this point?” That was until one night when he had a complete shift in his mindset, transitioning from “Why me?” to “OK, now what? How do I get back on track? How do I regain my sense of self-worth and motivation that has always helped me find success?”

Mark decided to set a goal so big he had no choice but to stretch himself physically, mentally and emotionally to his limits.

He was going to climb the Seven Summits. 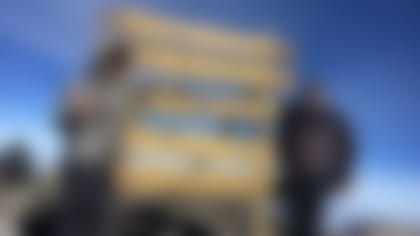 Mark discussed his all-encompassing journey to the top of Everest, his seventh and final climb, for a feature that will air Tuesday on NFL Network’s NFL 360 at 8 p.m. ET. But as his friend and training partner, I had an intimate view of how he was changed by that experience.

Having grown up in Washington together, the mountains are always where we feel the best. We enjoy the fresh air and the views while engaging in hours of “trail talk,” working out life’s highs and lows. Football has brought us great joy, for Mark as a player (NFL wide receiver from 1985 to ’88) and me as a coach. As we have grown older, our passion for going uphill — whether that’s hiking, snowshoeing, skinning (uphill skiing) or climbing, and the internal competition that creates — is what truly bonds us.

Over the past 30-plus years, we’ve gone on thousands of hikes together (no, that’s not an exaggeration). When Mark was in that tough stretch, there were few days when we weren’t on a mountain. Summer or winter, it didn’t matter — we were going uphill.

Mark has always been very driven, the kind of quality you only see in the best of the best. When he decided to climb the Seven Summits, I had no doubt he would succeed. I knew he would make it. I knew he would find it in himself to overcome any and all obstacles he might encounter.

My belief in Mark was validated by how much I saw him put into training for every step along the way.

We’ve always been workout buddies, and although he rarely needed it, I did my best to push him, encourage him and help him through the sluggish days when he didn’t quite feel up to it. My way of pushing him was a subtle kick to the heel when I felt him dragging while following him up a trail, or a simple step on the back of his ski as we skinned up the snow-covered mountains. I never spoke a word to him about it. It was just an unspoken reminder that he needed to push a little harder, move a little faster, focus a little more on the goal he had set and the work that had to be done to accomplish it. 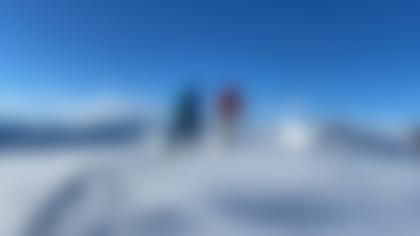 Early in our training, I noticed there was, at times, what I would describe as a selfish intensity to Mark. It wasn’t a bad thing, to be clear, but he was so narrowly focused on the tallest mountain in the world and what it was going to take to reach the summit. He would rarely wait if someone was lagging on a hike, had little concern for anything or anyone who didn’t support his goal, and was completely obsessed with his journey. We have climbed Idaho’s Bald Mountain hundreds of times over the years. But I don’t know if he ever learned the mountain and enjoyed its views. He was so fixated on getting to the top that he rarely looked up to enjoy the climb.

There was a definite change in Mark when he became involved with Higher Ground, a non-profit that works primarily with adaptive athletes and military veterans, providing recreation, therapy and continued support to give people of all abilities a better life. I remember telling him, “I see you now as a guy who’s lifting others up as you climb.” It was powerful to watch. He began to draw strength from Emilia, and through supporting charities like the Epilepsy Foundation and Higher Ground. Mark realized he had a platform, as a former NFL player who was climbing the Seven Summits, to bring attention and awareness to worthy causes that helped others overcome their own hardships and reach their potential.

Mark conquered the first of the Seven Summits (Mount Kilimanjaro) in 2013, and though I was coaching at UCLA then, I tracked his minute-by-minute progress. We were able to send text messages back and forth during that and his other monumental climbs thanks to his Garmin watch — and I’ve kept most of them.

I was physically next to him during the two years of training for Everest and had thought of joining him on his trek into base camp in a role of support. And while I wasn’t able to join him on the May climb — it was scheduled during my son’s senior-year lacrosse season, and I wasn’t going to miss that for anything — I was able to communicate with Mark and track his progress on an app. At one point, while Mark was making his way to the summit on his final push, I was out to dinner with a group of people, and I had my cell phone out on the table, checking it constantly and paying no attention to the conversation being had right in front of me. I noticed on the app that Mark stopped for a while at the famed Hillary Step, a 39-foot, near-vertical rock face near the summit. I knew he was close, but I also knew he was battling extreme fatigue, including an eye injury, and the elements at 28,839 feet above sea level. I was still certain that Mark would accomplish his goal, knowing he was was physically, mentally and emotionally prepared for the adversity he was facing, and he did. On May 23, 2021, Mark made it to the summit. 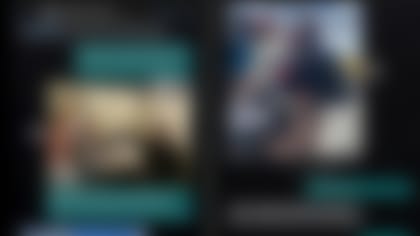 I got a brief rundown of his climb when he returned to Katmandu, and every day since when we hike or mountain bike, more memories seem to bubble up. I think some of the intense moments he experienced on the expedition were buried in his memory bank, and only now as he looks back can he fully understand what he accomplished.

I picked him up at Los Angeles International Airport several days later. Everest had drained Mark. He looked absolutely terrible, having lost 25 pounds during the climb. But he also looked accomplished and at peace. He looked like a man who had found his summit.

Before I met him at the airport that day, we had hugged maybe 10 times in our lives. But on that day, we had a strong embrace, right there in the terminal. I was so happy to have my close friend back healthy and safe, and the look of satisfaction on his face is something I’ll never forget.

For me, seeing Mark through the journey was rewarding. I was able to watch him rediscover himself and become someone he’s proud of.

I suppose the best way I can describe what happened to Mark during his life-altering quest is by using a quote from legendary UCLA men’s basketball coach John Wooden: “Success is peace of mind that comes with the self-satisfaction in knowing you did your best to become the best that you were capable of becoming.”

Watching someone you love come to this realization is priceless — even if it takes thousands of miles to get there.