Sport’s toughest job interview is back as the NFL Combine kicks off this week as this year’s class ramp up their preparation for the 2020 Draft beginning on 23 April.

Whoever can run the fastest, jump the highest and charm representatives from the 32 teams in Indianapolis will boost their chances of fulfilling their dream. The ever-evolving draft board continues to shuffle with constant leaks and gossip hitting the media, ranging from mischievous to the outright malicious, impacting the futures of these young men.

One notable trend which appears set to grow further this year is the return of the ‘tweener’, boosted by the Super Bowl champions Kansas City, AFC No 1 seeds Baltimore and San Francisco. All of whom emphasised the need for speed and versatility to bamboozle opponents with each play. A blend of raw athleticism taken from track squads around the country and a diverse skill set has seen the likes of Deebo Samuel flourish with the Niners, with the former South Carolina speedster able to demonstrate his impact to both catch the ball and run out of the backfield last season. And this trend is not restricted to the offensive side of the ball, with Clemson’s Isaiah Simmons touted to become a potent chess piece on defence, routinely shifting from linebacker to safety.

“It’s a copycat league, but I think there’s always something new coming,” explains Will Bryce, who is the NFL’s UK Head of Football Development.  “The more versatile an athlete can be, it will work in their favour.

“It used to be that the tag ‘tweener’ would go against you: ‘you’re too big, you don’t run fast enough to play safety, so you can be a linebacker’. But now you get hybrids. 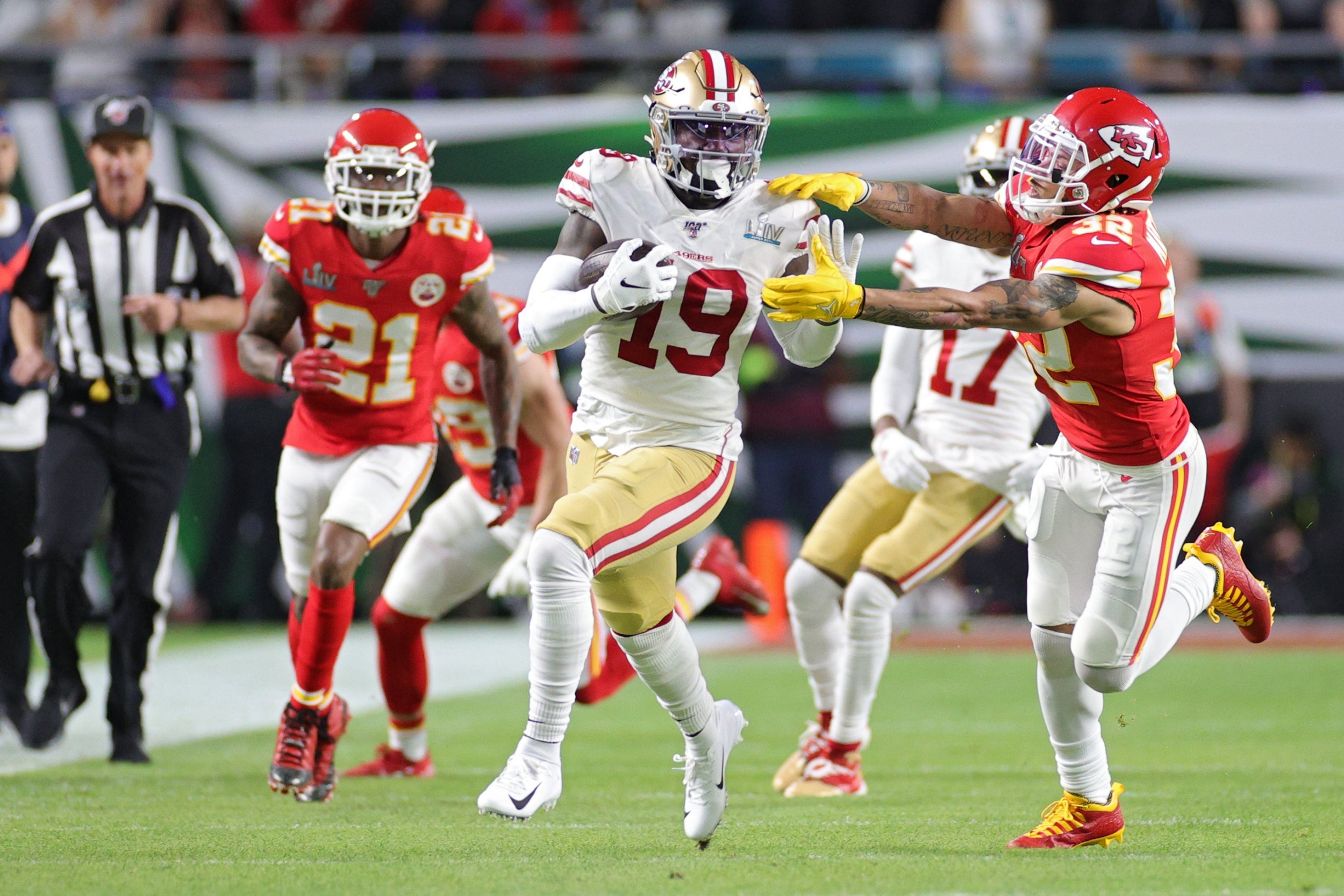 “Running backs, too, they can often now play slot receiver. The same on the other side of the ball.

“Everybody wants to find those type of players, the more somebody can do, it’ll open up an additional space on the roster.”

Across a number of physical tests, the 40-yard dash is perhaps the most anticipated, with excitement building for Henry Ruggs‘ attempt – though TCU’s Jalen Reagor and Texas’ Devin Duvernay have also generated buzz. The Alabama wide receiver is bunched in with former college teammate Jerry Jeudy and Oklahoma’s CeeDee Lamb as the consensus top three receiving prospects in this year’s class, but it is Ruggs’ explosiveness which is commanding attention in Indianapolis.

Likened to Chiefs gamebreaker Tyreek Hill, Ruggs is “so sudden off they line of scrimmage, it’s instant death for corners”, claims NFL analyst Daniel Jeremiah. John Ross‘ 4.22 record is therefore in jeopardy, but Bryce underlines the importance for a player to pair a skill alongside availability and health.

“I hope he does it, it’s inevitable, athletes are training harder, we’re using science more, we’re getting smarter,” Bryce claims. “The way the college game is being played is attracting more types of athletes with speed.

“What does it do to his draft stock? It’ll solidify all the questions, whether he’s as fast as he looks on film.

“But then, what about John Ross? He’s been injured a lot, if you have all the speed in the world, you need to stay on the field. But it’s only one piece to the puzzle.” 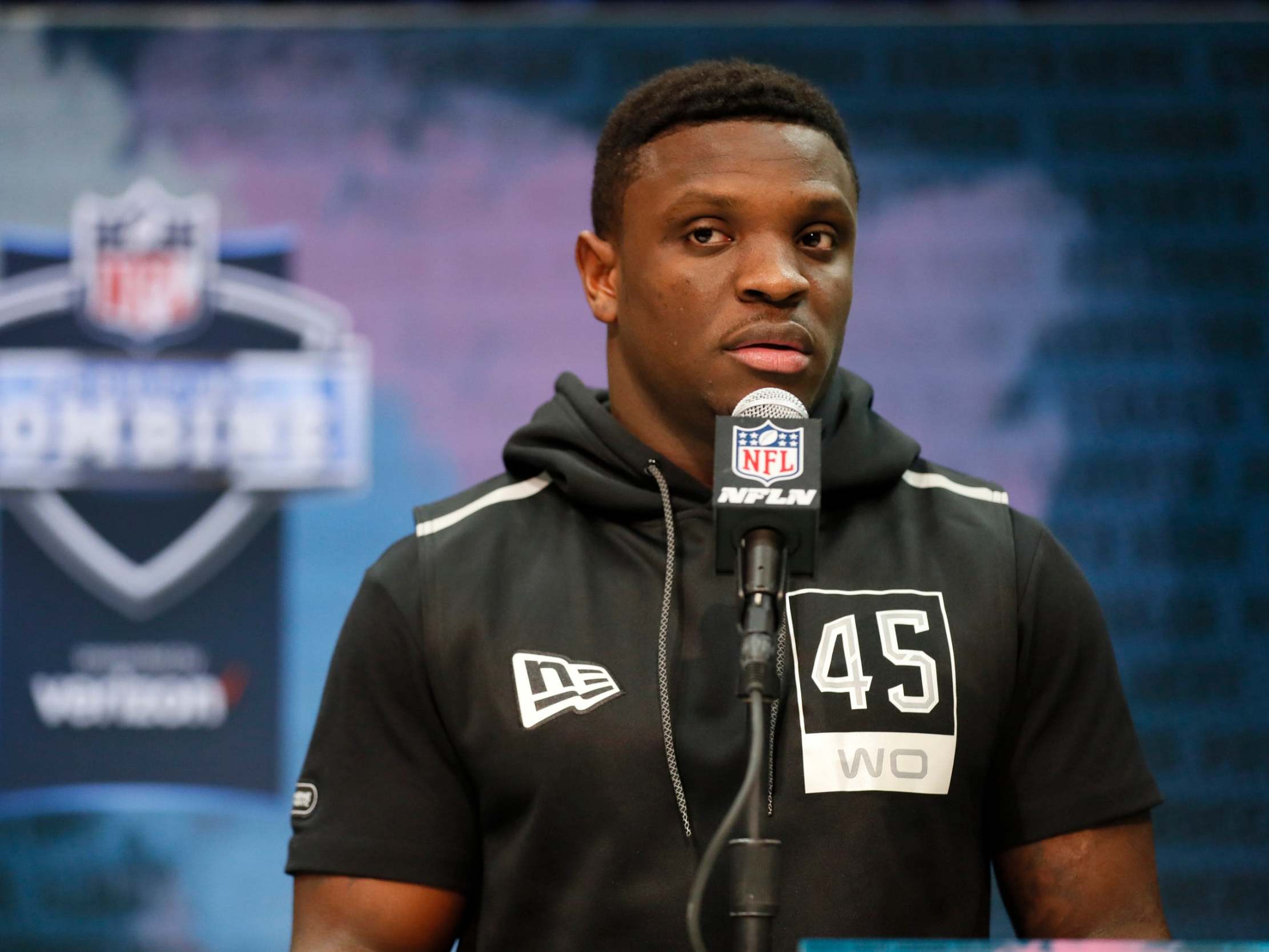