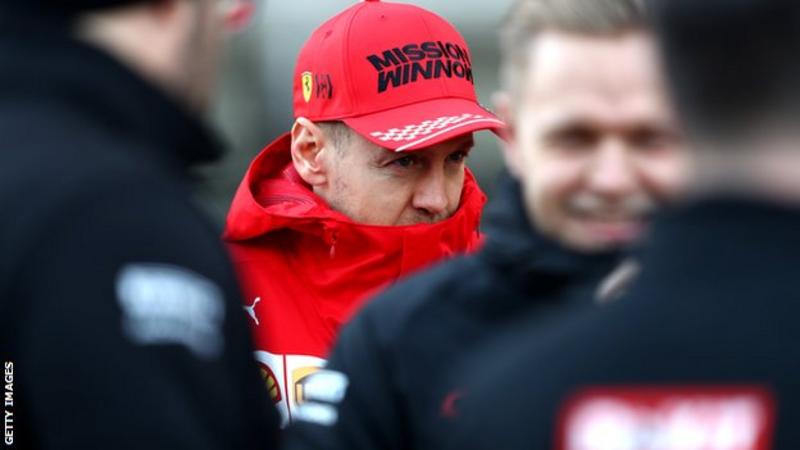 Seven of the 10 Formula 1 teams have formally objected to the handling of Ferrari’s engine controversy last year.

Last week, governing body the FIA said it “reached a settlement” with Ferrari after investigating their engine.

Ferrari’s rivals have issued a collective response expressing their “strong objection” to the confidential deal.

They say they will “pursue full and proper disclosure” and “reserve our rights to seek legal redress”.

The only teams not to sign other than Ferrari are Haas and Alfa Romeo, who use Ferrari engines.

The statement from the other seven teams said they were “surprised and shocked” by the FIA’s statement concluding its investigation into the Ferrari power-unit in 2019.

It added: “An international sporting regulator has the responsibility to act with the highest standards of governance, integrity and transparency.

“After months of investigations that were undertaken by the FIA only following queries raised by other teams, we strongly object to the FIA reaching a confidential settlement agreement with Ferrari to conclude this matter.

“Therefore, we hereby state publicly our shared commitment to pursue full and proper disclosure in this matter, to ensure that our sport treats all competitors fairly and equally. We do so on behalf of the fans, the participants and the stakeholders of Formula 1.

“In addition, we reserve our rights to seek legal redress, within the FIA’s due process and before the competent courts.”

Ferrari and the FIA were not immediately available for comment.

The teams are concerned that the FIA’s attempt to draw a line under the matter does not make it clear whether Ferrari’s engine was legal at all times last year or not.

An FIA statement issued on Friday said it had concluded a “thorough technical investigation” into the Ferrari engine and said that “the specifics of the agreement (reached) remain between the parties”.

The statement added that “the FIA and Scuderia Ferrari have agreed to a number of technical commitments that will improve the monitoring of all Formula 1 power-units for forthcoming championship seasons”.

Teams believe fundamental questions are raised by the way the FIA has chosen to end the Ferrari investigation:

The issue arose during last season when rivals – particularly Red Bull and Mercedes – began to have doubts about the level of superiority of the Ferrari car in straight-line speed.

Discontent rumbled throughout much of the season and the issue came to a head at the US Grand Prix in October when the FIA issued a rules clarification in response to a detailed series of questions from Red Bull.

These centred on whether it was possible to interfere with the mandatory fuel-flow meter in ways that made it bypass the regulation limit of 100kg per hour.

The FIA clarification made it clear that any intervention with the mandatory fuel-flow meter that could lead it to exceed the maximum permitted fuel flow would be against the rules.

In F1’s complex turbo-hybrid engines, the fuel-flow limit works to promote efficiency and is effectively a ceiling on the amount of power an engine can produce.

It means teams cannot increase power simply by increasing the rate of fuel flow through the engine, and must do so instead via efficiency savings, in other words increasing the amount of power extracted from the available fuel by advances in the engine/hybrid system.

The FIA clarification was issued on the morning of qualifying in Austin, and later that day a run of six consecutive Ferrari pole positions came to an end. The team did not set a pole position in any of the remaining two races in Brazil and Abu Dhabi either.

Ferrari team principal Mattia Binotto said the two matters were not related, and that apparent differences in the car’s straight-line performance seen by rivals were caused by the team changing the way they ran it and adding more downforce and therefore drag.