Lewis Hamilton has hailed the unity he feels part of at Mercedes after his team-mates joined him in taking a knee before Sunday’s Styrian Grand Prix. Hamilton, wearing a t-shirt adorned with the Black Lives Matter slogan, again led the field of drivers in making the gesture as F1 took a stand against racism on the Red Bull Ring starting grid.

Taking a knee has become a symbol of support for action being taken to end discrimination and Hamilton’s team-mates joined him in doing so.

The 35-year-old said the show of solidarity is a sign of the unity behind the scenes at Mercedes, with whom he has won five of his six World Drivers’ Championships.

“We’ve had so much success over these years and I think the easiest thing is to lose focus, to ease up and lose determination,” Hamilton told Sky Sports F1. “I don’t see that ever happening in this team, it just doesn’t seem to exist with us.

“The guys back at the factory are relentless. The guys here continue to be passionate about what they do. 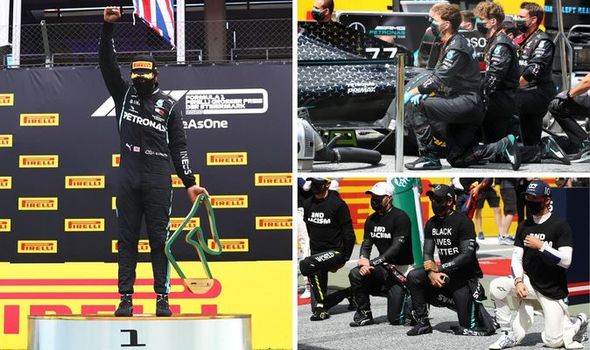 “But also when we’re talking about the car, they jump straight on it. They don’t jump to conclusions. They do great research and this weekend we’ve not had any problems, thankfully.

“Still there’s a long way to go and it’s a challenge for everyone with their cars, but this was a step forward for sure.”

Hamilton was at the forefront of Sunday’s stand against racism so was unable to witness his Mercedes team-mates taking a knee along with him. 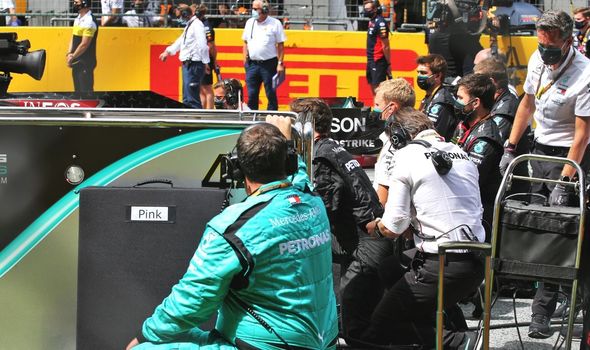 The show of support, however, clearly moved the Brit, who went on to win the Styrian Grand Prix at a canter, with Mercedes team-mate Valtteri Bottas finishing second.

“I was told just before the race that we were going to do it,” Hamilton said. “It’s not something I asked for them to do but I think it’s a beautiful thing.

“It doesn’t take a lot to do something like that and it’s not changing the world, but perhaps shifting perceptions and shifting ideals. We’ll just keep going.”

Hamilton revealed pre-race that he would not take a knee on the podium should he finish in the top three at the Styrian Grand Prix. 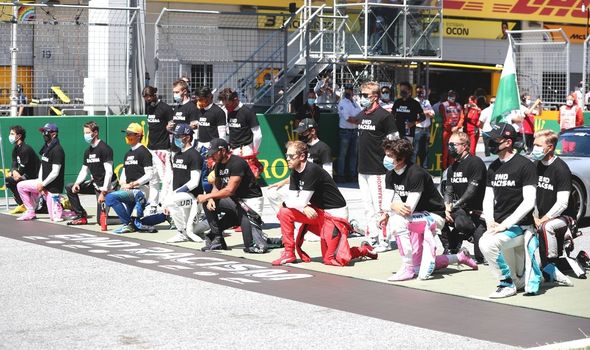 Instead, the former McLaren driver opted to raise his fist in an action which is seen to express resistance towards oppression.

Hamilton has used his standing as one of the sporting world’s most recognisable figures to help support the fight against discrimination.

And, this season, Mercedes are racing in a new-look blacked-out livery to show solidarity with the Black Lives Matter movement.

This article contains affiliate links, which means we may receive a commission on any sales of products or services we write about. This article was written completely independently, see more details here.