‘POLE BABY!’: Kevin Magnussen hails ‘incredible’ first pole position of his career for the Brazilian GP sprint race… after an ‘amazing journey’ in which his time in F1 looked to be over before returning to Haas weeks before the start of the season

Kevin Magnussen was left stunned after he claimed his and his Haas team’s first ever pole position at the Brazilian Grand Prix.

The Dane will head the grid in Saturday’s sprint race after he set the fastest time in Friday’s qualifying session – setting the quickest lap before a red flag was brought out just as rain began to fall.

‘You are f***ing kidding me,’ he said when informed he headed the order after George Russell’s Mercedes temporarily brought out the red flag. 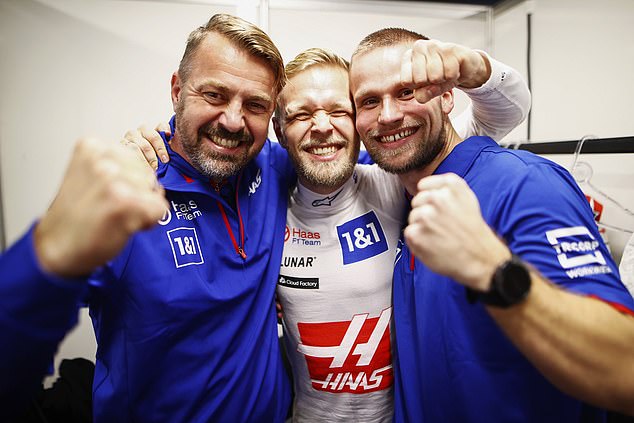 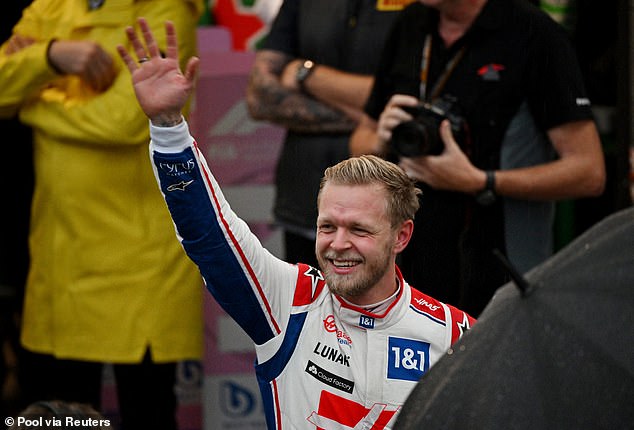 The Haas driver set the quickest time before George Russell brought out the red flag, and when racing resumed the rain increased and nobody could knock Magnussen off the top

He added: ‘Don’t f***ing kid me. I have never ever felt like this in my life. Don’t celebrate yet.’

No one could beat Magnussen’s time as the rain got heavier, meaning that he will start tomorrow’s shortened race at the front ahead of world champion Max Verstappen and Russell.

‘I don’t know what to say,’ an emotional Magnussen said, moments after stepping out of his car. 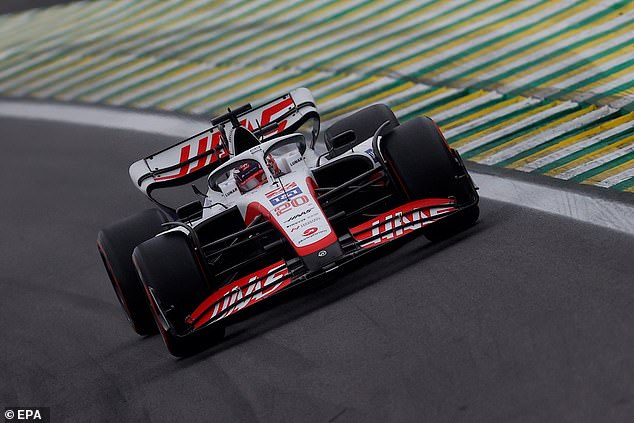 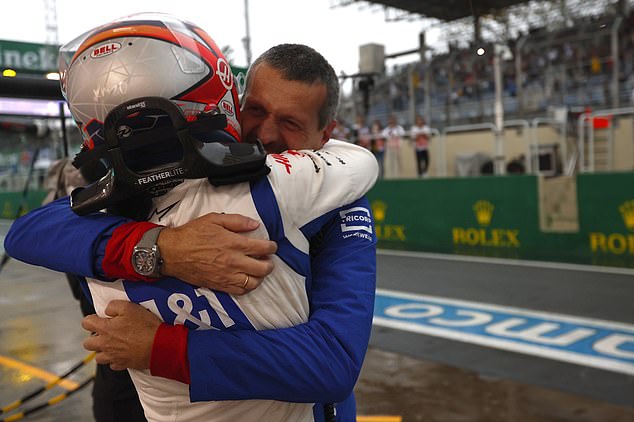 ‘The team put me out on track at the right moment. We were the first out of the pits. I did a decent lap and we are on pole. It is incredible.

‘Thank you to the whole team for this opportunity. I got back after a year out and it has been an amazing journey. I will be on maximum attack tomorrow.’

Magnussen’s Formula One career got off to a blistering start when he finished second in his first ever race at the 2014 Australian Grand Prix for McLaren.

The 30-year-old was dropped for the 2015 season in favour of Fernando Alonso and returned to the sport in 2016 with Renault.

He moved to Haas in 2017 and spent four years with the team before he was ousted from Formula One again in 2021, as the American team decided to go with rookies Mick Schumacher and Nikita Mazepin over Magnussen and Romain Grosjean.

Magnussen made a sensational return to F1 in 2022 just weeks before the season opener, after Russian driver Mazepin was dropped from the team after the country’s invasion of Ukraine. 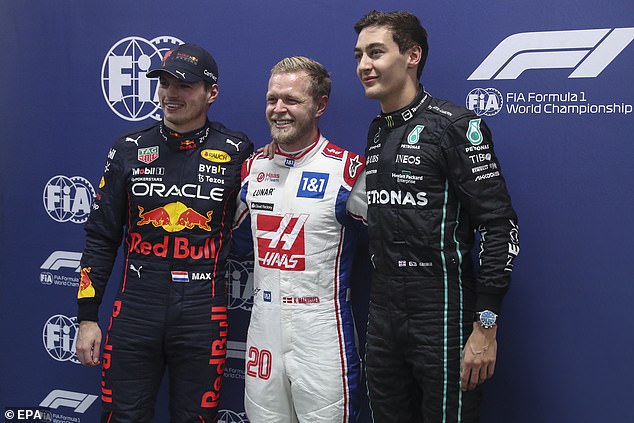 The Haas driver later told Sky Sports: ‘I can’t believe it. It was a phenomenal job from team to put me out first in pitlane on the best piece of track. It started to rain so that was the crucial part today. Amazing job by them.

‘The car was strong. It was always a bit drizzly. Our car was perfect for that. You go up and down [in F1]. It’s a lot of fun when it’s days like this that’s for sure.’

‘More surprising, definitely. It feels better, I didn’t know what to expect back then. I came in as an arrogant kid thinking I was King of the world and I learned a lot of lessons after that, showing how difficult it actually is and now I’m on pole position.’

‘I just have to enjoy all of this lining up pole and seeing my white Haas car on pole.’