The championship leader set a blistering pace to finish two tenths clear of his rival.

Sergio Perez was third with Valtteri Bottas fourth. However, Bottas will start in ninth place following an engine penalty.

The Circuit of the Americas has been a happy stomping ground for Hamilton and Mercedes in the past. 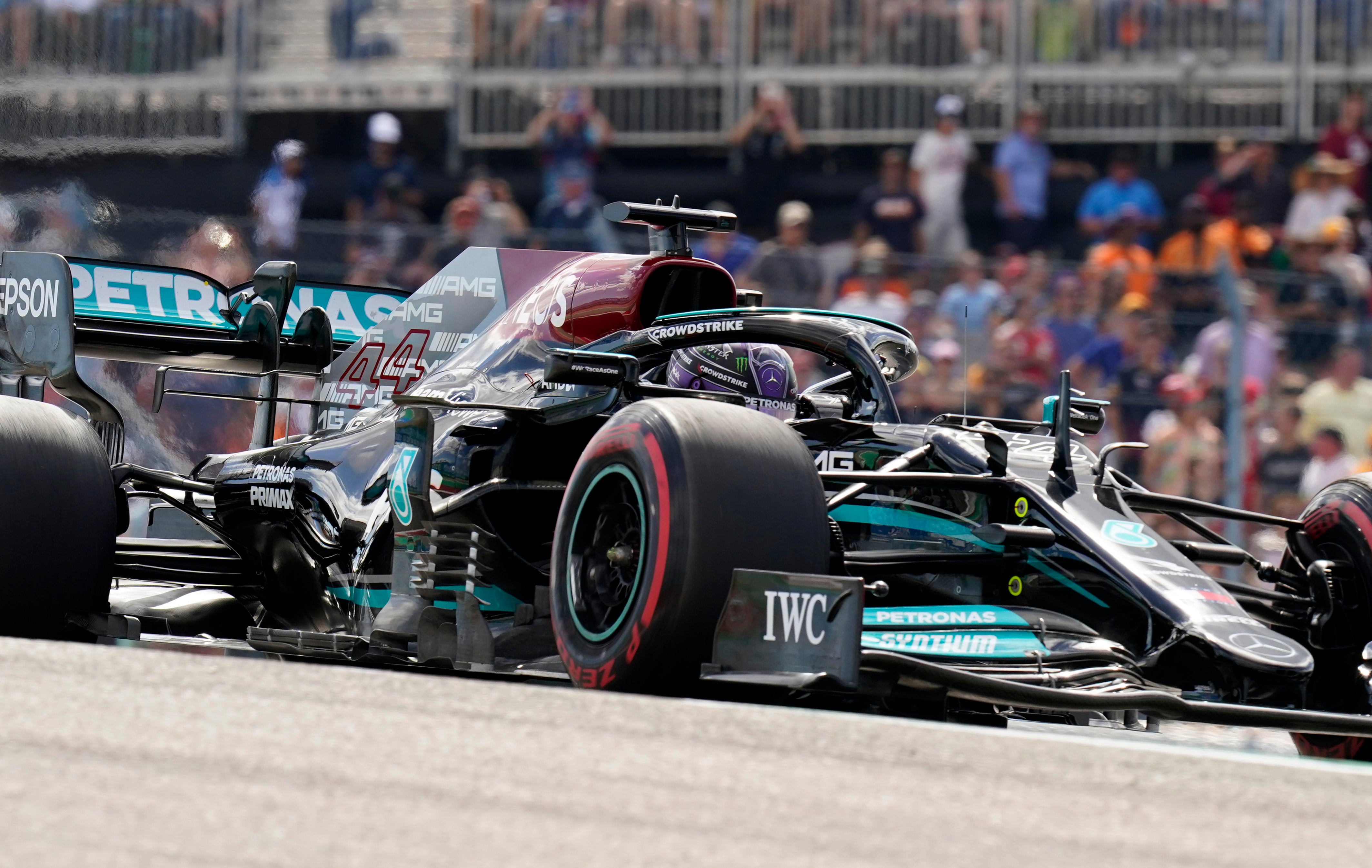 Hamilton secured his third and sixth world championships here in 2015 and 2019 respectively, and has triumphed in Austin in five of his eight outings. A Mercedes car has started from pole at every race since 2014.

But Hamilton, who trails Verstappen by six points in his quest for a record-breaking eighth title, had no answer as the Dutchman romped to his 12th pole.

“Sorry, guys,” said Hamilton over the radio after finishing 0.209 sec adrift of Verstappen.

“I gave it everything today,” added Hamilton. “It was a bit of a struggle and Red Bull were incredibly quick through qualifying.

“I was happy with my last lap. Of course there are areas we can improve but that was pretty much everything we had.

“We will work as hard as we can but it is a good position to start for tomorrow. My mindset is to win the race.”

However, the Briton, who was fourth after the first runs in Q3, will take some comfort from splitting the two Red Bulls, and joining his rival on the front row ahead of what will be an explosive start to Sunday’s race.

“It was quite exciting out there,” said Verstappen. “In Q3, my first lap was not amazing and then it started spitting.

“I was not sure if I would hang on to my lap time but it was a very strong performance.”

Asked about starting on the front row with Hamilton, he added: “I guess that is what people like and from here onwards we will try to get a good start and the best possible result.

Charles Leclerc will start fourth ahead of Ferrari team-mate Carlos Sainz, while Lando Norris will be promoted to seventh following Bottas’ punishment.

George Russell made it through to Q2 but will start at the back of the grid following an engine penalty. Sebastian Vettel, who qualified 12th, and Fernando Alonso, who finished 15th, will be demoted to 18th and 19th for exceeding their engine allocation for the year.

F1’s return to the United States – after last year’s race was scrapped because of the pandemic – has been greeted with spectacular enthusiasm.

Miami will be added to the calendar next season with a third race on American soil – understood to be in Las Vegas – expected for 2023.