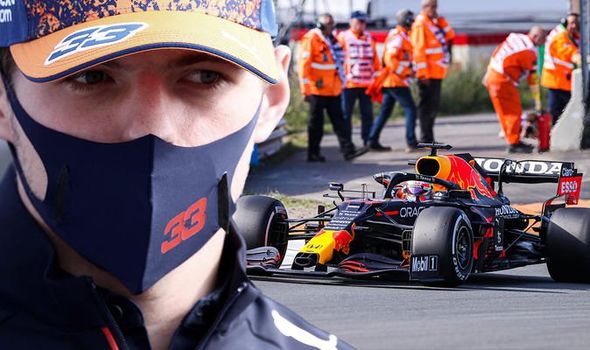 Max Verstappen’s world title hopes could suffer a big blow if he is slapped with a grid-place penalty at the Dutch Grand Prix. The 23-year-old has been summoned to the stewards for apparently overtaking Aston Martin star Lance Stroll during the second practice session on Friday.

The Red Bull driver was on an out lap when he overtook Stroll between Turn 10 and 11.

However, the red flag flashed up on the light panel meaning the practice session was to be stopped.

Verstappen will argue that he did not see the red flag until after he had started his manoeuvre.

Verstappen is expected to challenge Lewis Hamilton for pole position but even if he beats his Mercedes rival he may start the race further down the grid.

Red Bull team principal Christian Horner is confident that the stewards will take no further action once they have met with Verstappen.

“Max, as soon as he heard it was a red flag, he backed right out of it,” Horner told Sky F1.

“I was watching the data, he was completely out of it as soon as he got the message of the red flag.”