Lando Norris laughs when asked whether he will be avoiding handshakes with McLaren team mate Carlos Sainz as part of anti-coronavirus precautions.

"I think I never shake hands with Carlos anyway," the 20-year-old Briton said. "I normally punch him or he punches me." 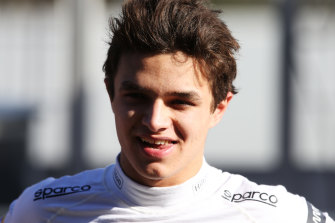 Lando Norris has been briefed on measures to take in light of the coronavirus.Credit:Getty Images

McLaren finished fourth overall, with Sainz taking the former champions' first-top three finish since 2014, and are tipped to be at the front of a tight group battling for best of the rest after Mercedes, Ferrari and Red Bull.

The Briton was unlucky, however, as he suffered a number of retirements while well-placed to add significant points and can expect to be more in the mix this time.

Nico Rosberg, the retired world champion who won his title with Mercedes in 2016, saw him as a potential surprise package when compared to 2019.

"He could make a big jump if he gets all the points that he deserves," the German said.

Norris said it was nice of Rosberg to say it.

"I think there were a lot of times last year when I had a mechanical failure when I was about to score good points. We had France, Spa, Montreal. There were quite a few. It was a shame but I know this and the team know it," he said.

"It would be nice if everyone knew because a lot of people just make assumptions on what they see and don't actually having any idea what’s going on. That’s just how people act and how people are." 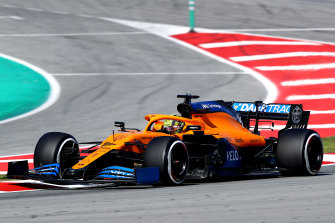 Norris said returning to Australia was a very different feeling to last year when, by his own admission, he was "pooping" himself at the prospect.

"I’m feeling much better, I feel a lot more relaxed and a lot more confident. My head’s in a much better place," said the driver, who has attracted a strong following at the racetrack and on social media.

"Last year there was just so much anxiety, so many nerves. I just couldn’t enjoy it. Now I feel in a much better place so I look forward to going racing much more."

Norris said McLaren were "looking reasonably good" in testing and he was optimistic they could do a good job.

"It’s going to be close between all the midfield teams. Racing Point do look very good, straight out of the blocks. The whole midfield including Williams this year look very close.

"So I think we need to work hard and keep our heads down and try to improve. Maybe Racing Point will be slightly towards the head of it, but I hope we can regain control and go from there."