Sebastian Vettel to retire from F1 at end of season

Helmut Marko made yet another dig but this time took pity on rivals Ferrari. He claimed most F1 weekends have been “easy” due to their closest competition suffering numerous reliability issues this year.

In addition to grid penalties, driver errors and questionable strategy decisions, Ferrari face an uphill battle to claw themselves back into title contention. Charles Leclerc led the driver’s championship earlier in the season but now trails Max Verstappen by 80 points following DNFs in Spain, Azerbaijan and France.

Carlos Sainz is currently fifth in the driver’s standings and failed to finish a race on four occasions this season, most recently in Austria when his car inexplicably burst into flames. Now Marko has shared his thoughts on his rivals’ shortcomings and took the opportunity to fire a shot at Mattia Binotto’s men.

“It has rarely been so much fun. Almost every weekend is a pleasure, quite different from last season where everything cost a lot of nerves,” Marko told OE24. “It’s just a bit of a shame that Ferrari makes so many mistakes. They are beaten below their value, we really feel sorry for them.

JUST IN: Charles Leclerc explains why he won’t copy Michael Schumacher in quest for Ferrari glory 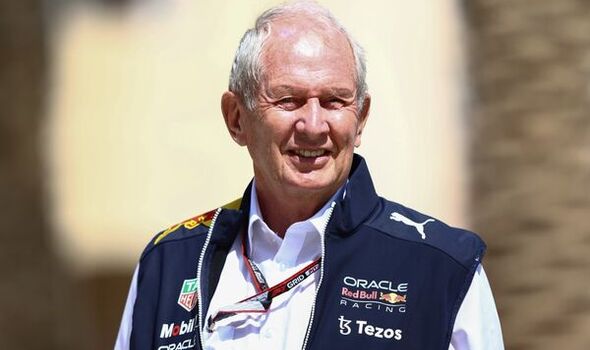 “But once again: They will be back, they have such a strong car.” Marko was asked how Ferrari had managed to fall so far behind, despite frequently having the fastest car on the grid, to which he savagely replied: “By doing pretty much everything wrong.

“In Budapest, for example, for the first time they didn’t give the tyres the right temperature window, and also chose the wrong pit strategy. I don’t understand why they didn’t take used Mediums, they would have been better.”

When asked if he, Verstappen or Red Bull could relax with an 80-point lead, Marko was quick to reject the claim with still half the season remaining. “Don’t say that: we still have nine races, that’s 225 points for nine possible wins plus sprint and fastest laps. No, no, we really can’t lean back yet.” 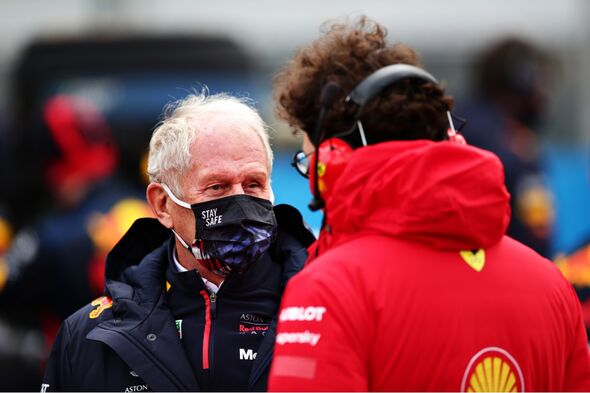 Marko also took a dig at Sergio Perez, after stating the Mexican is ‘too far away’ from teammate Verstappen. The Austrian was clearly left unimpressed after the Hungarian GP after the 32-year-old finished 5th after starting the race 11th – and he didn’t hold back when laying into the Mexican driver.

“He [Perez] is too far away from Max [Verstappen] at the moment… It’s very unfortunate that Checo was asleep,” Marko told Servus TV.  “A certain third place was lost there. Maybe he was drinking too much tequila last night.”