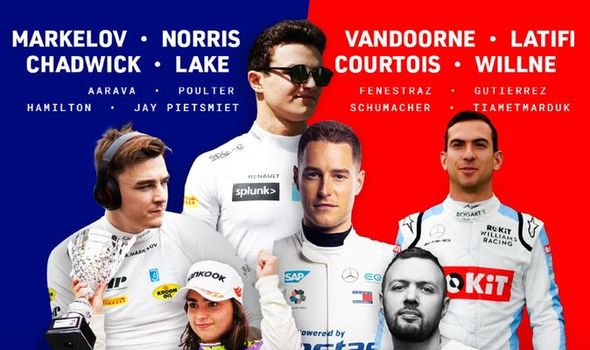 The coronavirus pandemic has caused the start of the F1 2020 season to be delayed. Esports has now taken centre stage as real-world drivers battle it out with the leading sim stars in a series of virtual races.

Veloce Esports will today be staging a ‘Versus’ event, which will see drivers go head-to-head in an elimination tournament.

McLaren star Lando Norris has signed up to take part, with the F1 star featuring heavily in virtual races over the last few weeks.

Norris has also participated in F1’s official Virtual Grand Prix series, but the 20-year-old enjoys the competitive aspect of the Veloce events.

“The F1 one is more celebrities, people like Liam Payne. The Veloce one I would say is a little bit more serious in some ways,” Norris said.

“We have some big YouTubers and content creators, but we have more simulator drivers, people who play on F1 2019, and more professional drivers.

“The F1 one is in a slight way more of a fun and entertainment, more of a relaxed race rather than focusing as much for myself anyway, because there are more celebrities rather than professionals taking it seriously race like the Veloce one.

“I probably like the Veloce ones at the moment a bit more, because you do have to take them a bit more seriously.

“The F1 ones are also fun because you’re still racing against some real drivers, but it’s not quite as serious.”

What time does the Esports event start today?

Not the GP ‘Versus’ is scheduled to get underway at 6pm BST.

How can I watch the event?

Not the GP ‘Versus’ will be shown live on Veloce Esports’ YouTube and Twitch channels. 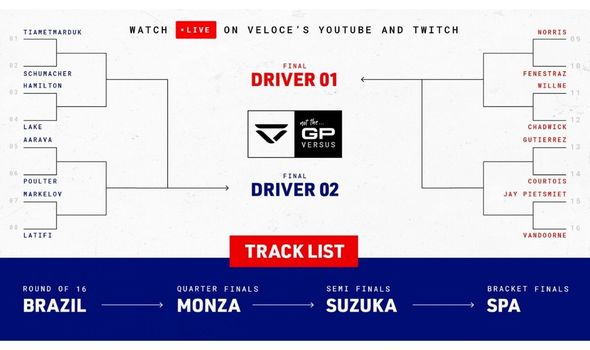 Who is racing today?