The AFL should consider baseline brain testing for players to better monitor their brain health throughout their career and should have longer than a week off after getting concussed in a game, according to one of the researchers who diagnosed Graham “Polly” Farmer with CTE. 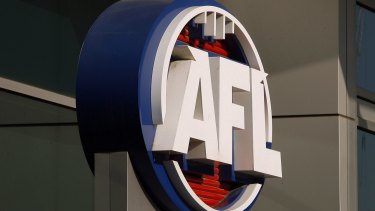 The AFL is being urged to do more on concussion and their players’ brain health. Credit:Paul Rovere

The AFL recently changed their rules to make it much harder for a player to play the next week after a concussion, if they have a six-day break or less.

“The body of research is pointing toward that it is likely to be longer than a week [that a player should wait to play again after a concussion]," she said.

“We have gone from in the past to get straight back on the field, to perhaps a week off, now to two weeks.

“That may vary depending on the player’s recent concussions they’ve had, if they’ve had underlying baseline symptoms, is there other coinciding brain disease or disorder, their gender and their age.

“These are arbitrary figures really and we all need to work to understand if there are residual changes in the brain beyond resolution of symptoms and what that means for player time off."

She also re-iterated that while CTE could not be diagnosed until after death, there were ways of reading symptoms to detect the possibility of CTE while alive.

Dr Mobbs, and indeed all the researchers who helped deliver the study into Farmer’s diagnosis, are very keen to sit down with the AFL and discuss the findings and work on ways to look after players' brains better.

The AFL has been contacted for comment on whether they would meet with the researchers.