England flanker Ben Earl has extended his Saracens stay until 2023 but will spend next season on loan at Bristol.

Earl, who made his England debut in the Guinness Six Nations win at Scotland last month, will be joined at Ashton Gate next season by Saracens team-mate Max Malins as the disgraced English and European champions begin to trim their squad.

Saracens will be relegated from the Gallagher Premiership at the end of the season after being deducted 105 league points for consistently breaching the salary cap. 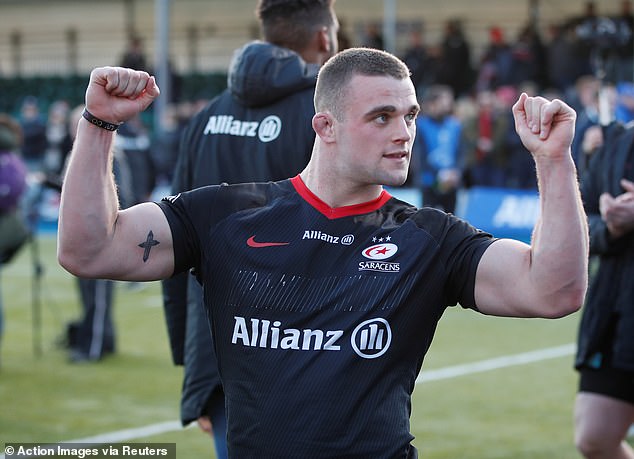 ‘It’s a club I’ve been at since I was about 14-years-old, one that I know really well and somewhere I really feel part of the family,’ Earl, 22, told the official Saracens website.

‘It’s not just me, it’s my family as well. The club have welcomed my family since that age and they’ve been coming to games since then.

‘It wasn’t a tricky decision to want to stay here long term and it’s where I see me building my career.

‘We’re building something special here with a young group of guys and it’s something I want to be a part of.

‘There’s a young group of guys here who all want to stay and fight and regain our place at the top.

‘The opportunities the club have given me and the memories I have on and off the pitch, whether that’s trips away or winning trophies, is something that I want to continue.’ 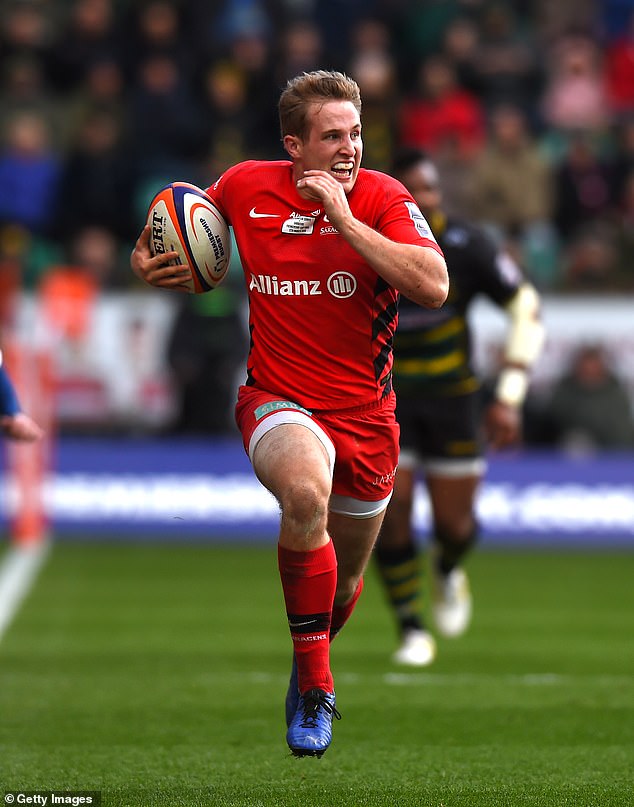 Full-back Malins, 23, has also committed his future to Saracens until the summer of 2023 before heading for Bristol.

He said: ‘The people close to me, who are very good rugby players, will be part of Saracens’ future.

‘We all had the feeling of wanting to stay, see out this period and get back to the top. The fact everyone believed in that was a key factor for me.’

Bristol director of rugby Pat Lam said: ‘We had a unique opportunity to bring in two rising English stars and we believe both Ben and Max will add further quality and depth to a really exciting squad that we are building at the Bears.

‘I believe Ben and Max will benefit significantly from the experience of being part of our team and culture, as we strive to grow and compete on both fronts next season.’