Warren Gatland described it as ‘rolling with the punches’ on Friday, after his besieged and resilient Lions emerged from their Covid scare and unveiled a formidable team to face the Sharks again.

The game is on. The tour is still on. What is clear after a week of chaos and turmoil is that the British and Irish crusaders won’t abandon their mission without an almighty fight. They have gone through a lot already and do not want it to have all been for nothing.

A welcome raft of negative test results meant the Lions were given the all-clear to face the same team from Natal who they thrashed 54-7 at Ellis Park just three days ago. 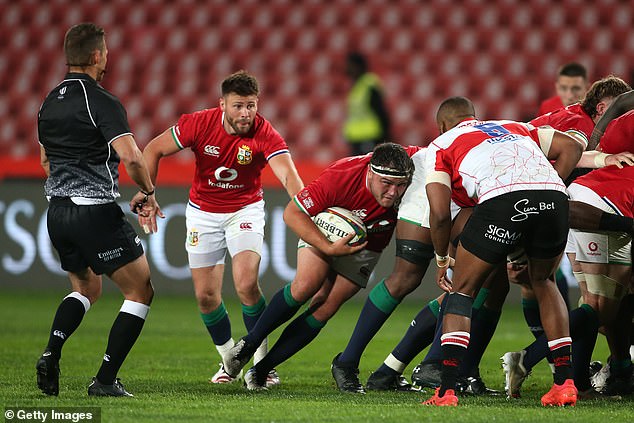 Well, not quite the same team as Sharks head coach Sean Everitt has made 11 starting changes, but they will wear the same colours — this time at Loftus Versfeld in Pretoria, as stand-ins for the isolating Bulls.

They will be representing South Africa as well, with honour. They have stepped up in a time of trouble and the host nation will be grateful for their willingness to answer the call, even if their rotation makes them susceptible to another heavy beating.

There is a determination on both sides to keep on rolling towards the three-Test series due to start in a fortnight’s time with a can-do, flexible spirit.

The Lions may have to leave for Cape Town tomorrow without a coach, a player and other members of staff who are isolating, and the Springboks are still in a full lockdown after a Covid outbreak in their ranks.

Preparations are being disrupted, so contingencies are being thrashed out on the hoof. Sportsmail understands that one scenario being considered is for the Lions to play South Africa ‘A’ on Wednesday as planned, but then repeat the fixture next Saturday, instead of taking on the Stormers. 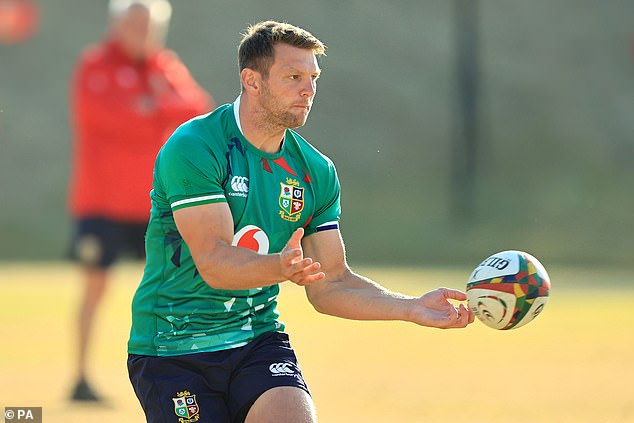 That would potentially aid the tourists and the world champions, who will soon take them on after just one game together in the last 20 months.

For the Lions, there would be more intensity, as South Africa ‘A’ will be made up of players in the expanded Bok squad.

So far, the wins over Gauteng’s Lions and the Sharks have been distinctly routine — denying Gatland’s men real resistance. For the hosts, it would be a chance to give their players precious game-time before the opener. So far, no final decision has been made about this plan.

Reflecting on the ongoing uncertainty, Gatland said: ‘We’re not 100 per cent sure who the opposition is going to be next week. It will either be the Springboks or the Stormers. They might switch those games around. Hopefully, it will be confirmed in the next 24 hours which way those games will go.

‘We have talked about being adaptable and I think we have done that successfully. The players have fronted up to difficult circumstances. Whatever is being thrown at us, we feel we can deal with it and perform.’ Further ahead, the venue for the second and third Tests — supposed to be the giant FNB Stadium in Soweto — has yet to be officially announced. 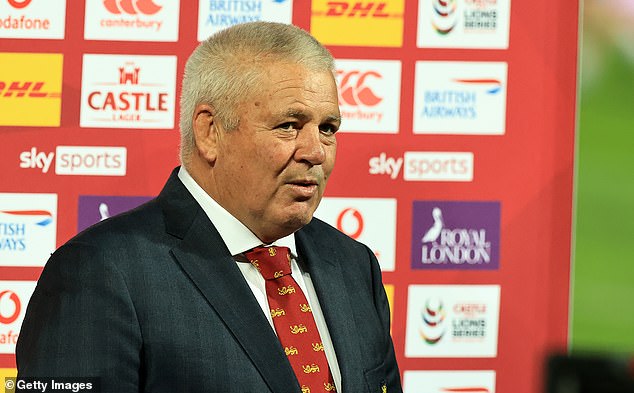 But, as revealed by Sportsmail, Gatland confirmed: ‘I’m pretty sure they’ll be played in Cape Town. It’s not 100 per cent but that is my understanding. Playing three Tests at sea level is a real positive for us.’

For now, the visitors will focus on the task in hand at altitude today, in the iconic stadium where their predecessors suffered an agonising defeat in the epic second Test in 2009.

Gatland named Saracens hooker Jamie George as his captain for the day and there is a first start of the trip for Anthony Watson. The Bath wing was a leading light on the 2017 tour but is now playing catch-up after the prolific exploits of Josh Adams in particular.

Dan Biggar returns to the No 10 shirt and the head coach suggested that his team might tweak their tactics, as part of the process of developing a game-plan to trump the Boks.

Tadhg Beirne and Hamish Watson have another precious audition for the coveted flanker roles at the business end of the tour, Jonny Hill has a chance to show that he can complement Maro Itoje in the second row and countless others have personal ambitions to enhance.

The Lions will win again, but the most important thing at this stage is that they are still able to take part. Out of chaos, there is renewed hope.