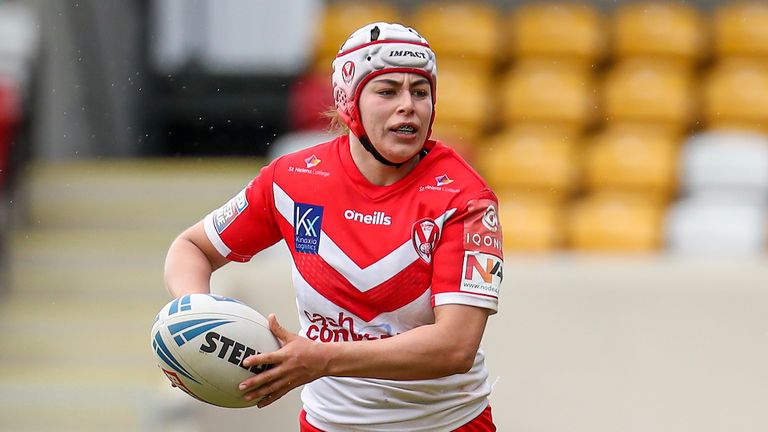 The showdown between St Helens and York will be part of a triple-header at Leigh Sports Village, which will also host the two men’s Challenge Cup semi-finals, and be shown live on television for the first time.

Saints back-row forward Rudge, who helped Thatto Heath to four successive Challenge Cup final triumphs from 2013-16 before the arrival of the Women’s Super League, said: “All the girls are really looking forward to the game. “It’s made it that bit more special that it’s going to be live on the BBC and sharing the same stage as the men.

“It’s a great opportunity to showcase women’s rugby league at what will hopefully be a really competitive standard.”

James Roby, captain of the St Helens men’s team which will do battle with Hull in the first semi-final three hours later, has been impressed by the rise of the women’s game.

“Women’s sport is gathering momentum at a great pace and for the final to be shown is fantastic,” he said. “I’m a big supporter of it. “I’ve got a young daughter and as she grows up I’d love her to have the opportunities to progress in sport, whichever it may be. It’s all going in the right direction so long may it continue.”

Saints go into the final as firm favourites following their semi-final win over holders Leeds but face a York side bolstered in recent weeks by an influx of new players, mostly from Castleford.

“Obviously they’ve had quite a few new signings that have strengthened their squad so we can’t underestimate them,” Rudge said. “They can be a really tough team.”