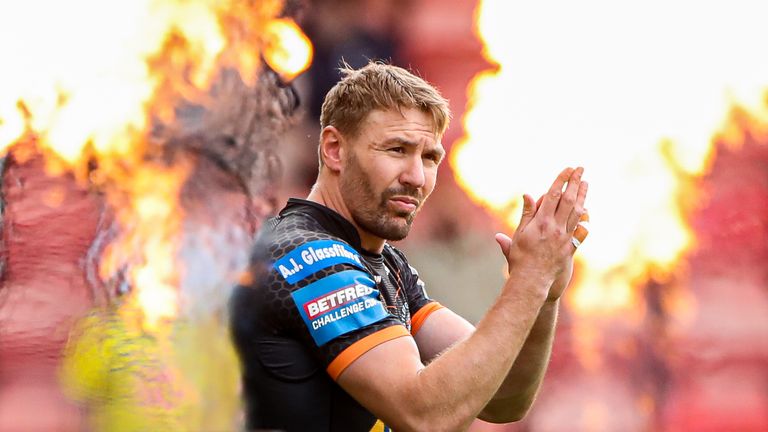 Few men get to captain their club in a Challenge Cup final. Even fewer go on to lift that famous trophy, and even fewer than that do so with their hometown team.

Michael Shenton has already led Castleford Tigers out at Wembley once in his career, having done so seven years ago when they faced Leeds Rhinos. On that occasion though, the Tigers were beaten 23-10 by their Yorkshire rivals.

He will get to do so again on Saturday afternoon as Castleford take on back-to-back Super League champions St Helens in this year’s final, with the Pontefract-born centre being immensely proud to be skippering the team he grew up supporting and made his professional debut with.

Having been part of the Tigers teams which won immediate returns to Super League in 2005 and 2007 following relegations too, Shenton has some idea of what it would mean to the town if the current squad were to bring home one of rugby league’s major honours.

“It’s a special little town and rugby does play a massive part in our community,” Shenton, now well into his second spell with Cas after playing for Saturday’s opponents St Helens in 2011 and 2012, said. “It’s the same whether we’re playing well or not, but when we are on it you just feel a buzz around the place.

“It’s something which pulls the community closer together. I’ve been here when we were promoted and just to see what that meant…Not many of the boys who are here now would have seen it, but that’s the closest insight I’ve got to how crazy it would be to win something major for Castleford.

“I’ve never seen anything like it, and it would be special, and for the tough time everyone has had it would be nice to give back something special to our supporters and our local community.” 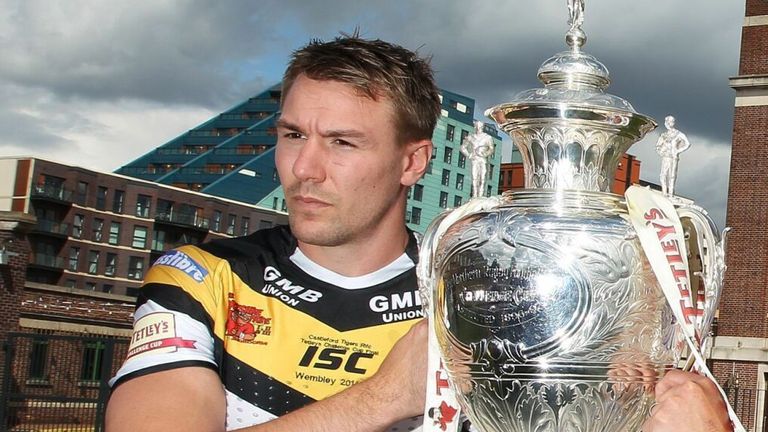 It was another local hero, that year’s Lance Todd Trophy winner Bob Beardmore, who inspired Castleford to victory last time they won the Challenge Cup in 1986, with the scrum-half and man of the match scoring a try and kicking the game-clinching drop goal in the 15-14 win over Hull Kingston Rovers.

That triumph came two months before Shenton was born and since then there have been just two occasions Cas have come close to claiming the cup for seventh time – the 1992 defeat to the all-conquering Wigan team of the era and the 2014 final appearance.

The latter came in Daryl Powell’s first full season as head coach and with the 55-year-old moving to Warrington Wolves at the end of this season, there is an added determination to ensure his eight years in charge yield a major honour to go with the 2017 League Leaders’ Shield success.

“When you lose one, you understand what it means,” Shenton, also a runner-up in the 2017 Super League Grand Final with the Tigers, said. “When you’re there on the field watching the winners pick up the trophy, it stays with you for a very long time – it will probably stay with me forever. 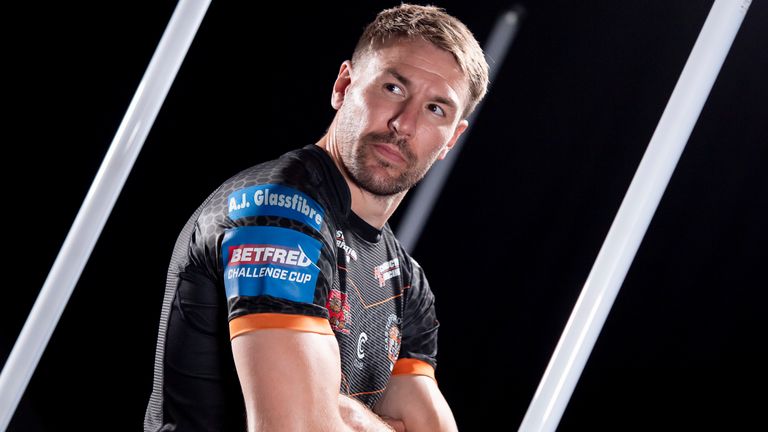 I’ve been here when we were promoted and just to see what that meant…Not many of the boys who are here now would have seen it, but that’s the closest insight I’ve got to how crazy it would be to win something major for Castleford.

“To be on the other end of it is massive, and it’s massive motivation. Getting to the final in 2014 was kind of the beginning of the era for this team and it set out what we were about as a group of players and what it meant to play for Castleford was.

“We have gone on quite a journey over the last seven or eight years under Daryl and this group of players, and you think we could take this, go full circle and right a few of the wrongs going back there. Losing a Challenge Cup final at the beginning and to then go back there and win one would be pretty special.”

On a personal level, Shenton knows he may not, at the age of 34, get many more opportunities to play on rugby league’s grandest stages fighting it out for the biggest prizes in the sport.

With his partner and three children set to be among the expected 45,000 restricted-capacity crowd permitted at Wembley on Saturday too, the former England international is determined it will be a day to remember. 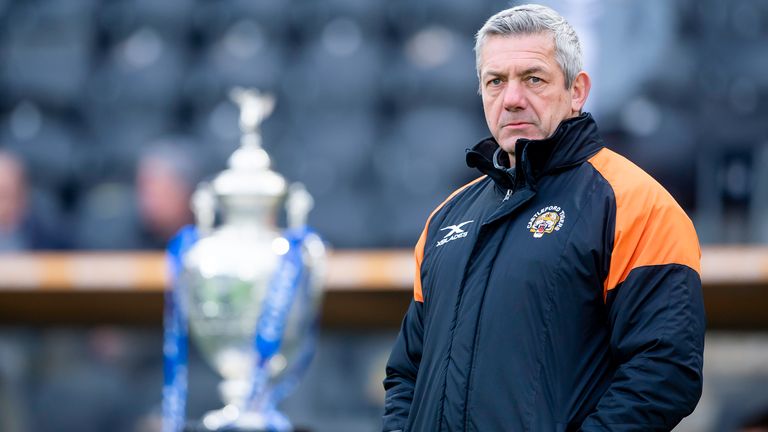 “I’m coming towards the end of my career and I know how few and far between these massive occasions come, and I know these big games are coming to an end for me,” Shenton said.

“Even some of our younger guys might never play in a cup final again. You might think it’s only four or five games to win to get there, but it’s so difficult.

“The last time we went on a Challenge Cup run was in 2014 and we got to the final, and this time we have done it again. But the years in between it’s tough and I know how special they are and I still think back to those days like 2014 and 2017, the finals I have played in.

“I just feel like we are much more prepared for what’s coming this time around with the build-up, the expectation of going to Wembley and preparing a team for it. But we’re just as excited as that time – and I suppose a little bit more excited.”